Political watchers have long expected talks of a merger between Yoon of the conservative People Power Party (PPP) and Ahn of the centrist People's Party, as such political engineering is seen as the surest guarantee of success in a remarkably tight race.

Polls have shown Yoon and ruling party candidate Lee Jae-myung of the liberal Democratic Party (DP) neck-at-neck at below 40 percent support each. Ahn, meanwhile, has recently climbed to below 20 percent. 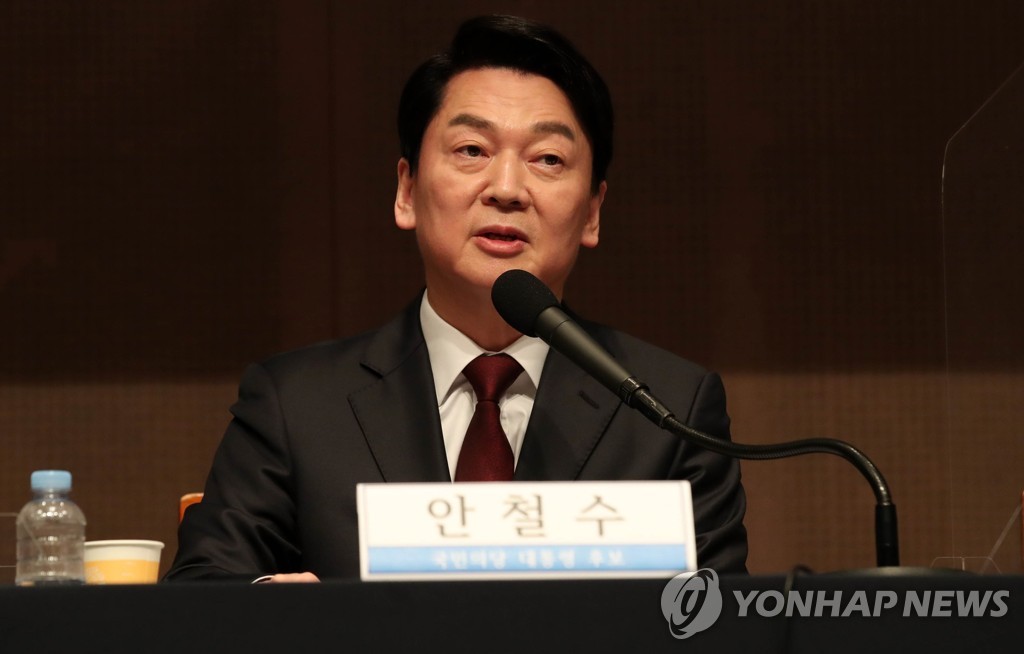 In one of his most direct comments yet on a possible merger with Ahn, Yoon said in an interview with the Hankook Ilbo newspaper published Monday that "there is no need to rule it out."

He also said if a merger takes place, negotiations will not happen in public view but by a "sudden decision" reached between him and Ahn.

When asked by reporters Monday if the possibility of a merger remained open, Yoon's campaign chief, Rep. Kwon Young-se, answered, "certainly," walking back his previous day's comments that the subject had never been mentioned or discussed.

Ahn has dismissed such talk as insincere and doubled down on his pledge not only to complete the race but win the election.

At a forum with senior journalists Tuesday, he was asked a flurry of questions about the topic and whether he agrees with the notion of seeking change by joining the next administration through a merger.

"Why would I worry about something like that when I haven't received any offers?" he responded. "I started off without thinking about it. I started off with the thought of going to the end."

Ahn has become known in South Korean politics for yielding his candidacy to other, more promising contenders, including to now president and then candidate Moon Jae-in in the 2012 presidential race and to now Seoul Mayor Oh Se-hoon ahead of last year's mayoral by-election. 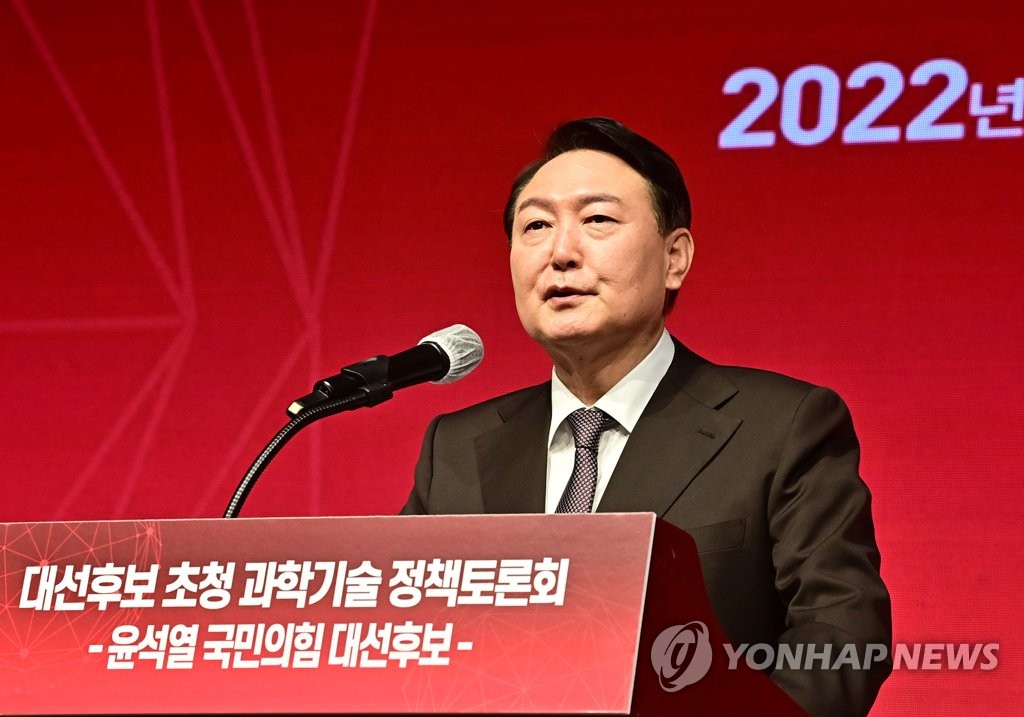 Some of the dates that are being floated as a deadline for a merger are Feb. 13 and 14, the period for registering candidacies with the election watchdog, the National Election Commission; Feb. 28, when ballots go to print; and March 4-5, when early voting takes place.

Given the little time that is left, the PPP is reportedly considering a scenario similar to the type of merger achieved by Kim Dae-jung and Kim Jong-pil in 1997, which allowed the former to become the unified presidential candidate and the latter the prime minister-designate.

PPP Chairman Lee Jun-seok went as far as suggesting Tuesday that Ahn drop out in response to a question about choosing a unified candidate through public opinion surveys.

"Given the circumstances candidate Ahn Cheol-soo is in right now, that's preposterous," he said during a KBS radio interview.

"I think he'll have to reach some kind of political decision before the weekend," he added.

Yoon, Ahn under pressure to merge candidacies ahead of election

Yoon, Ahn under pressure to merge candidacies ahead of election