"In light of the meeting, South Korea and U.S., as well as Japan, plan to have in-depth consultations on creative and various ways to engage with North Korea," ministry spokesperson Choi Young-sam said in a press briefing.

"It is important that North Korea stops acts escalating tension at this point and opts for a diplomatic path via dialogue," Choi added.

The first trilateral ministerial meeting under the Joe Biden administration is expected to discuss ways to bolster their cooperation in response to growing threats from North Korea's nuclear and missile program.

Pyongyang staged seven rounds of missile launches in January, including that of an intermediate-range ballistic missile, marking the largest number of missile tests conducted by the recalcitrant regime in a single month.

It has also hinted at the possibility of breaking its moratorium on nuclear and long-range missile testing, upping the ante in its drawn-out standoffs with Washington. 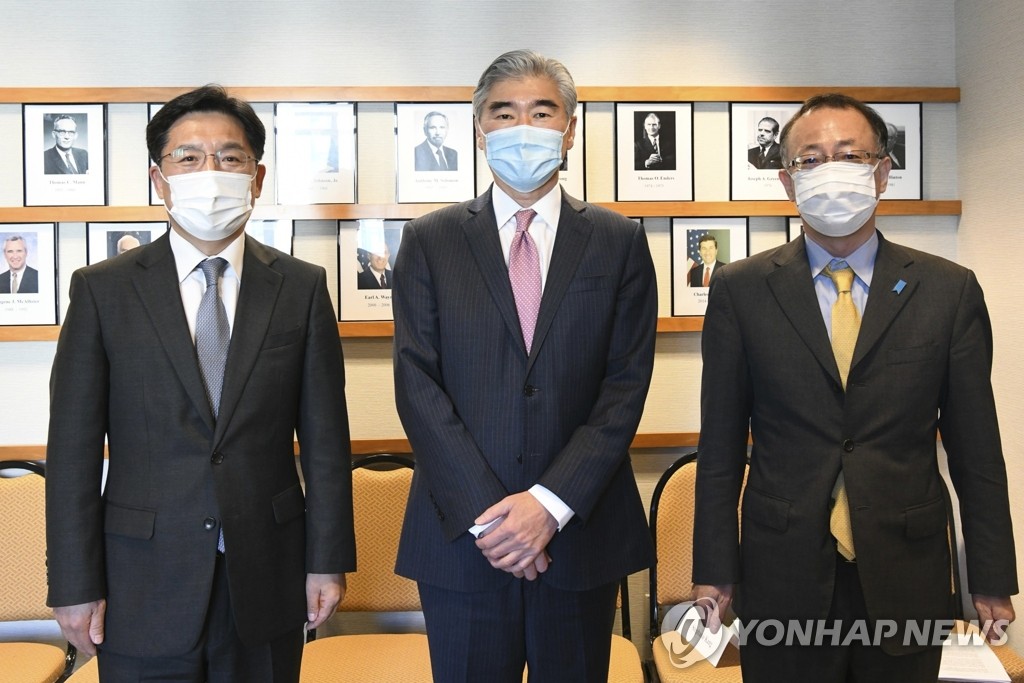