SEOUL, Feb. 9 (Yonhap) -- Police will officially operate a smartwatch system that can find almost the exact location of the wearer in emergencies starting later this month to better respond to potential crimes, officials said Wednesday.

The location tracking system using smartwatches will first be put into operation by police in the southeastern city of Ulsan and the central North Chungcheong Province on Thursday and expanded to other regions across the country starting Feb. 22 unless problems occur.

The smartwatch, which is being provided to victims of stalking and other potential crimes, has been developed by the National Police Agency to supplement the 112 emergency call system that only guarantees about a 30 percent success rate of picking up the caller's Wi-Fi or GPS signals to identify his or her location.

The new system was found to be better at picking up location signals, showing a 94 percent success rate in locating the watch wearer's whereabouts within a margin of error of a 50-meter radius during the two-month trial period last year.

Of the successful cases, police picked up the watch's signal through Wi-Fi, GPS and base stations in 83.3 percent, 10.7 percent and 6 percent of the cases, respectively.

Police will also conduct a pilot operation of setting the smartwatches' ringtone in silent mode to minimize the possibility of alerting suspects of police involvement.

Victims will be able to increase the volume while talking to police officers through the smartwatch, and the volume will be automatically returned to mute after the call is over. 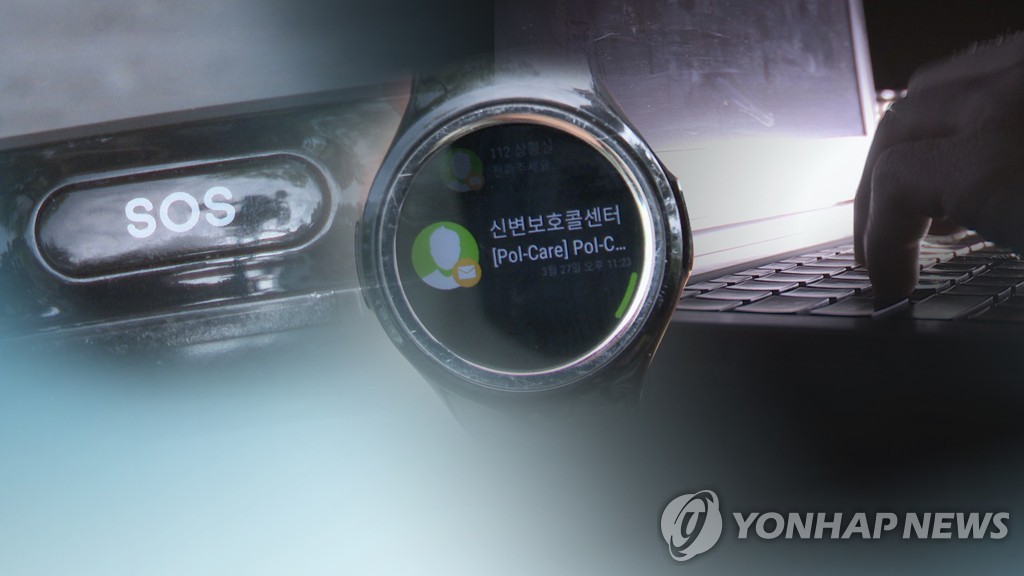