SEOUL, Feb. 10 (Yonhap) -- North Korea is revving up a festive mood ahead of late leader Kim Jong-il's 80th birthday next week, opening a series of commemorative events, according to Pyongyang's state media Thursday.

Kim, father of current leader Kim Jong-un, led the reclusive regime from 1994 until his death in 2011. His birthday, which falls on Feb. 16, is marked as a major national holiday in the North.

On Wednesday, the North held a national awards ceremony in Pyongyang in commemoration of him, the official Korean Central News Agency (KCNA) reported.

It awarded 8,732 officials, workers and soldiers of merit for carrying out policies of the ruling Workers' Party, including four with the Order of Kim Jong-il, according to the North's main newspaper Rodong Sinmun.

Other events marking the late leader's birthday were held in the capital the same day, including a symposium to discuss his achievements, a cooking contest and an exhibition of visual artworks on the late leader, the KCNA added.

Eyes are on whether Pyongyang will hold a massive public event for the anniversary, as it usually marks every fifth and 10th anniversary with larger celebrations. Keen attention is being paid to whether it will stage another military parade. 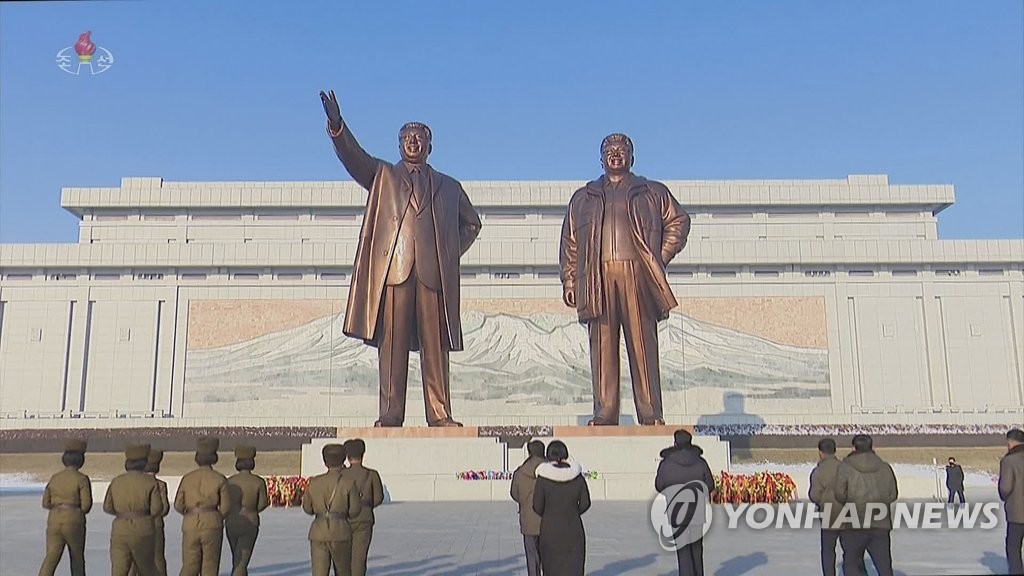 N. Korea in festive mood ahead of late leader's birthday

N. Korea in festive mood ahead of late leader's birthday