SEOUL, Feb. 10 (Yonhap) -- President Moon Jae-in said Thursday that South Korea and the United States have agreed on the wording of a declaration formally ending the 1950-53 Korean War, although North Korea has shown little sign of returning to the negotiating table.

In a joint written interview with Yonhap News Agency and seven other global newswires, Moon said, however, it would be "too physically demanding" for the declaration to be reached by the end of his term in May.

"An end-of-war declaration is useful since it signifies a process to promote mutual trust and a move toward denuclearization and the institutionalization of peace on the Korean Peninsula while putting an end to hostile relations," Moon said in the interview with Yonhap, AFP, AP, EFE, Kyodo, Reuters, Tass and Xinhua.

"In addition, the Republic of Korea and the United States have now concurred on the wording of an end-of-war declaration to be presented to North Korea. Even China supports this declaration," Moon said, referring to South Korea as its official name.

However, Moon said it would be difficult to adopt the declaration during his term.

"It would be too physically demanding to reach a declaration to end the Korean War before the end of my term," Moon said. "However, I would at least like to make conditions ripe for an end-of-war declaration and pass that on to the next administration." 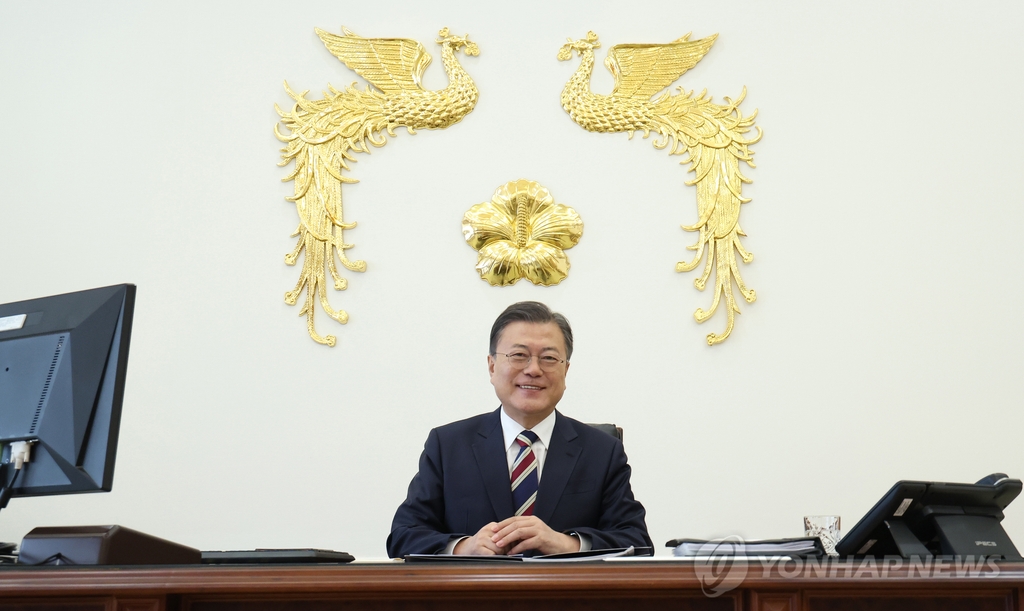 During the Korean War, the U.S. fought alongside South Korea to fend off an invasion by North Korea, which was backed by China. The conflict ended in an armistice, not a peace treaty, leaving the South and the North still technically at war.

Moon's early diplomatic overtures to North Korea led to an unprecedented U.S.-North Korea summit in Singapore in June 2018, raising hopes for a breakthrough in efforts to dismantle the North's nuclear weapons program.

The peace process, however, stalled after the second U.S.-North Korea summit ended without a deal in 2019.

Despite the progress that South Korea has made in efforts to get the end-of-war declaration adopted, its fate remains uncertain as Pyongyang has been unresponsive to their overtures for dialogue.

In January alone, North Korea conducted seven missile tests, including two of what it claims to be a hypersonic missile and an intermediate-range ballistic missile (IRBM), heightening tensions on the Korean Peninsula.

Asked whether a hotline connecting Moon and North Korean leader Kim Jong-un is in operation or whether he exchanges personal letters with Kim, Moon replied, "Chairman Kim Jong-un and I met several times and have spoken together at great length, thereby building mutual trust through close communication.

"Even when we have not been able to meet, necessary communication has continued. I hope the extensive efforts that Chairman Kim and I have made together will be brought to a successful conclusion," Moon said.

"I look forward to the endeavors made thus far leading to the greatest possible outcome and efforts for dialogue continuing under the next administration."