"Right now, the conditions in the Korean Peninsula are very serious. We are especially concerned because many remarks and actions have been emanating (from North Korea) since late last year and this month," South Korea's top nuclear envoy Noh Kyu-duk told reporters before the start of a bilateral meeting with his Japanese counterpart, Takehiro Funakoshi.

"And that is why we plan to discuss with the U.S. and with Japan on how we may engage with North Korea at this point and focus on such steps that may allow engagement," Noh added. 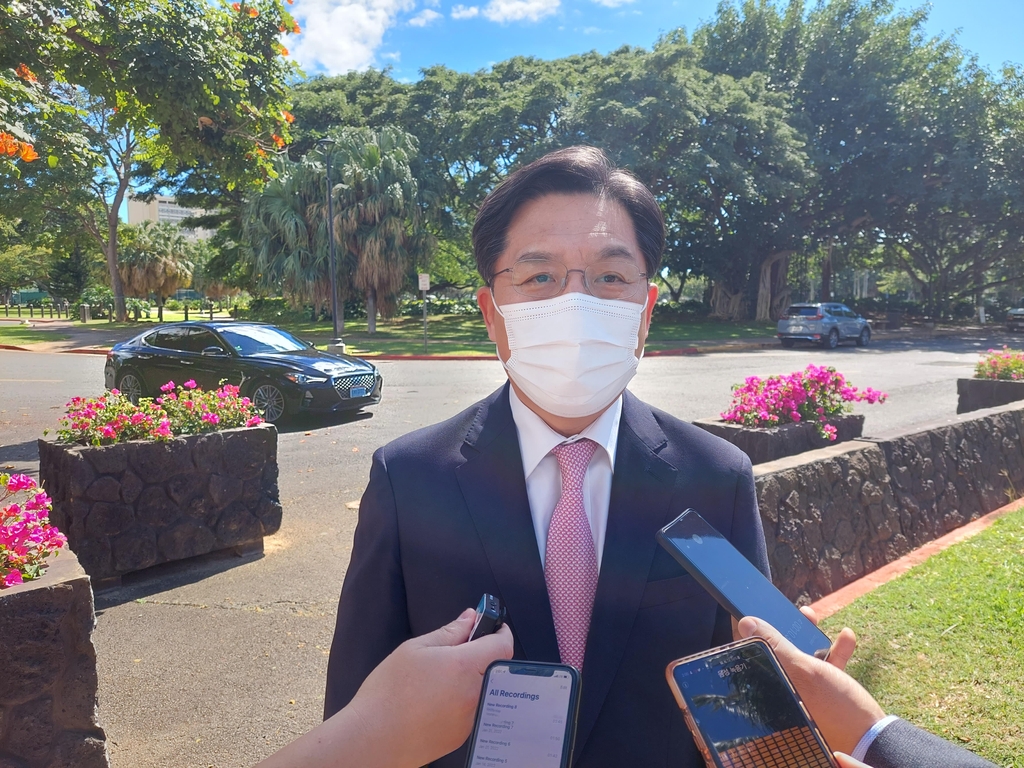 Noh was later set to hold bilateral talks with his U.S. counterpart, Sung Kim, which will be followed by a trilateral meeting with the U.S. and Japanese nuclear envoys.

Kim declined to comment when asked what steps the countries may consider to bring North Korea back to the dialogue table, only saying he was "just looking forward to having a good meeting.

North Korea staged seven rounds of missile launches in January, marking the largest number of missile tests it conducted in a month, while ignoring U.S. overtures for dialogue.

Noh said the countries have been discussing "various ways" to engage with North Korea.

"But we will now have to consider the situation. There are special circumstances at this point and so we will have to discuss which steps will be effective and whether they will work," he said.

The South Korean envoy earlier noted one of such steps may be the Seoul-proposed declaration of a formal end to the 1950-53 Korean War. 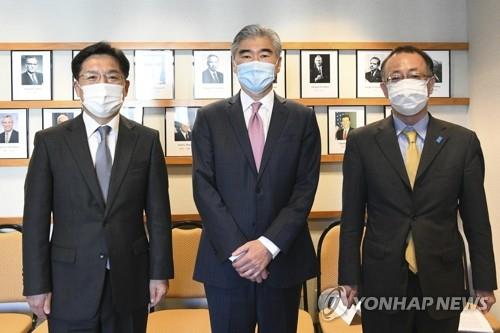 The nuclear envoys' meeting comes as a preview of trilateral foreign ministerial talks that will also be held here later this week.

"It is expected to provide a timely opportunity to have in-depth discussions on detailed measures on how to engage with North Korea in the first half of this year," Noh said earlier of this week's meetings.

"I believe now is a very important time that will decide if we will return to the time of cold winter or a season of warm atmosphere as it is here," he had said.