SEOUL, Feb. 10 (Yonhap) -- South Korea said Thursday it will boost policy efforts to tackle the low birth trends that have been aggravated during the COVID-19 pandemic as the country will likely suffer a severe fall in the working-age population in the coming years.

The government plans to launch the fourth pan-government task force this month to deal with demographic challenges, including a fall in the population and preparation for a super-aged society, according to the Ministry of Economy and Finance.

The government has run task forces on population since 2019 to better cope with demographic issues.

The country plans to discuss ways to make its "super" low birth rates rebound in the coming years and to make senior citizens stay in the labor force longer, according to the ministry.

South Korea faces a grim demographic situation as its working-age population, or people aged 15 to 64, is expected to fall at a fast pace amid its chronically low birth rate and raping aging. 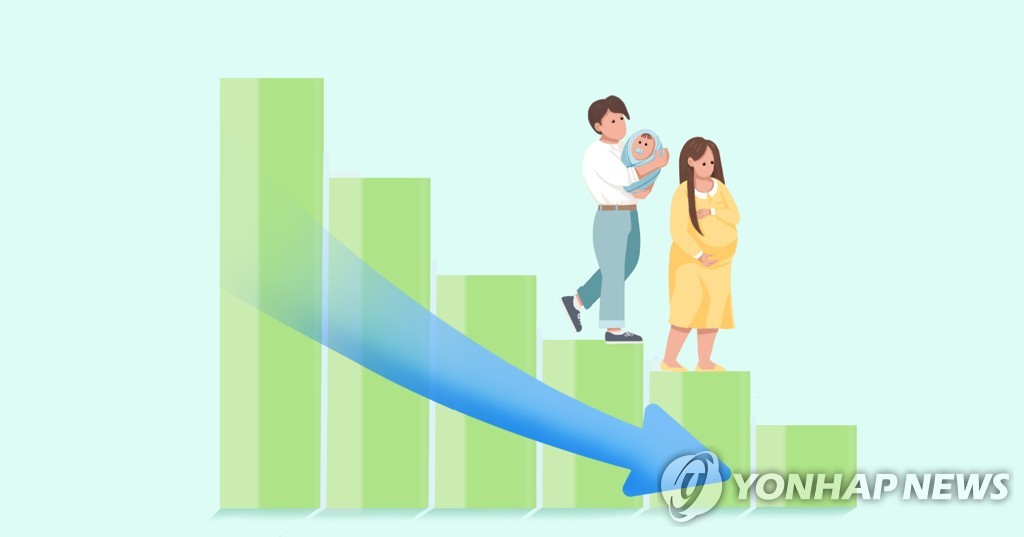 The government said it plans to increase tax benefits and other incentives on marriages and childbirths for young people. It will come up with measures to encourage more couples to use parental leave and strengthen child care services.

To cope with rapid aging, the government will explore ways to help people continue to work after they reach the retirement age of 60.

But the task force is not expected to discuss the sensitive issue of extending the retirement age or raising the threshold age of the elderly. Currently, people aged 65 or older are defined as senior citizens.

The country will also consider revamping the national pension system amid concerns that the pension fund could dry up faster than expected amid rapid aging.

At the current pace, the National Pension fund is expected to start to post a deficit in 2039 and completely dry up by 2055, according to a 2020 report by the National Assembly Budget Office.

The country's total population is estimated to have recorded its first decline last year due to the country's low childbirths, fast aging and a decline in incoming foreigners amid the pandemic.

The country's total fertility rate -- the average number of children a woman bears in her lifetime -- hit a record low of 0.84 last year. It was much lower than the replacement level of 2.1 that would keep South Korea's population stable at 52 million.

The total fertility rate is forecast to nosedive to 0.7 in 2024 before rebounding to one in 2031.

Many young people are delaying or giving up on getting married or having babies due to economic difficulties and changes in social norms. The number of those getting married sharply fell due to the COVID-19 pandemic.

The trend is feared to aggravate a major drop in the working-age population, a phenomenon known as a demographic cliff. A fall in such people means a decline in labor supply, potentially undercutting economic growth potential.