SEOUL, Feb. 10 (Yonhap) -- Baseball star Hwang Jae-gyun and Jiyeon of girl group T-ara on Thursday confirmed they are dating and said they plan to get married later this year.

The two made a surprise announcement on their social media posts with their dating pictures.

"I have a boyfriend whom I got to know through an acquaintance last year," Jiyeon wrote. "I have a plan to tie the knot with my boyfriend, who is like a gift to my life, in the upcoming winter."

Hwang wrote, "I have a person with whom I want to spent rest of my life… Until the wedding day, and even after the wedding, we will love each other happily."

The two plan to tie the knot after Hwang completes his 2022 season with the reigning South Korean pro baseball champions KT Wiz.

Hwang, 34, made his pro debut in 2007 with the now-defunct Hyundai Unicorns. The infielder had a brief stint in Major League Baseball in 2017 after signing with the San Francisco Giants. He joined the Wiz in 2018 and helped win the club's first Korean Baseball Organization title last year.

Jiyeon, 28, debuted as a member of girl group T-ara in 2009. She has also been pursuing an acting career, appearing in a number of drama series. 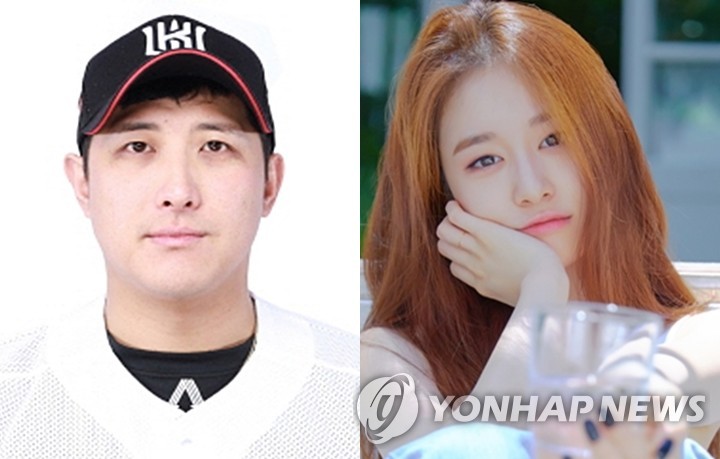