SEOUL, Feb. 11 (Yonhap) -- Kakao Corp., the operator of South Korea's top mobile messenger KakaoTalk, said Friday that its net profit for 2021 surged nearly tenfold on-year on the back of robust growth of its e-commerce services based on its messenger platform amid the pandemic.

Net profit reached 1.64 trillion won (US$1.4 billion) last year on a consolidated basis, sharply up from 167.1 billion won a year earlier, the company said in a regulatory filing.

Kakao said it enjoyed a record high performance in both its platform and e-commerce businesses based on KakaoTalk, coupled with its global paid content business.

For the fourth quarter of last year, Kakao reported a net profit of 219.8 billion won, turning from a loss of 195.5 billion won a year earlier.

Kakao said the revenue from its platform business increased by 48 percent on-year to 1.48 trillion won over the cited quarter thanks to the steady growth of Biz Message and Talk Biz.

Kakao said its platform businesses based on KakaoTalk are expected to show brisk performance down the road as more people opt to shop through mobile platforms. At Talk Biz Board, individual sellers can sell their products through a platform connected to KakaoTalk.

Revenue from the content business also expanded by 41 percent on-year to 780.3 billion won over the cited quarter.

Separately, Kakao said it will launch shareholder-friendly measures, including dividend payments, in the long term following the controversial stock selloffs that led to its stock price plunge.

The three-year shareholder return program centers on giving between 15 and 30 percent of its free cash flow to shareholders.

Ryu Young-joon, a former co-CEO nominee, resigned after he, along with other senior executives, sold around 90 billion won worth of Kakao Pay shares by exercising their stock options. They collected around 46.9 billion won in profit.

"I, once again, offer an apology for controversies surrounding Kakao," Yeo Min-soo, co-CEO of Kakao, said in a conference call, adding the company will continue to come up with measures to protect its shareholders.

Earlier, current CEO nominee, Namkoong Whon, said he will receive his income at the level of minimum wage until Kakao's share price reaches the 150,000 won-level. 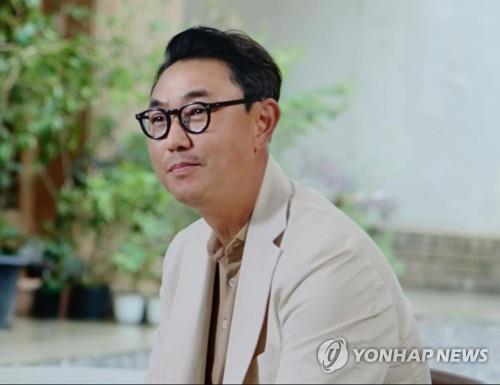