The consensus was reached in a meeting presided over by Finance Minister Hong Nam-ki to discuss with the central bank chief and financial regulators economic risk factors, market volatility, financial imbalances and the economic fallout of political tensions between Russia and Ukraine.

"We will closely cooperate to operate fiscal, monetary and financial policies in a concerted manner to harmonize various policy goals," the participants said in a joint statement. 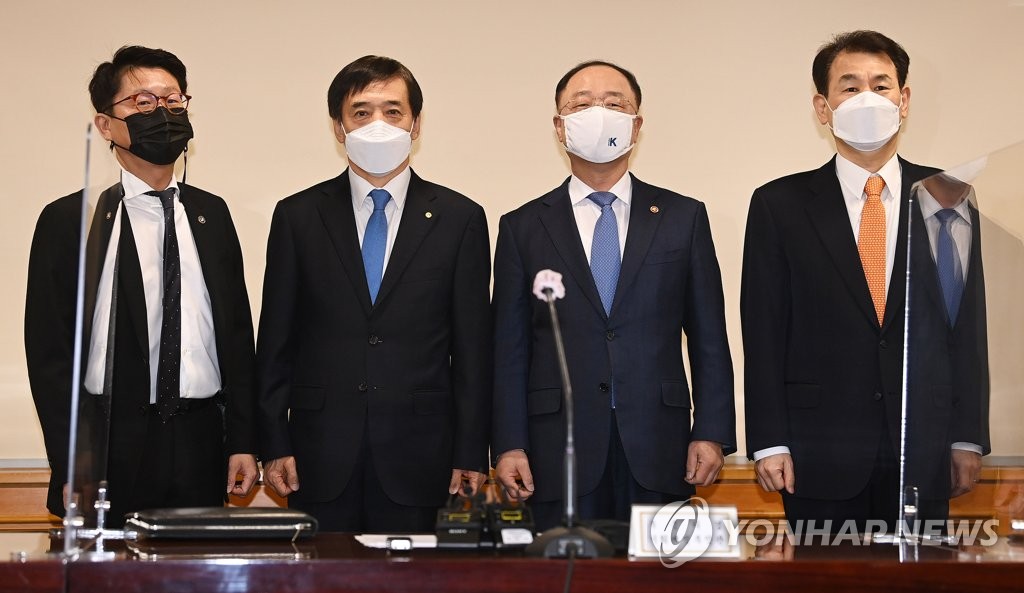 To stabilize the government bond market, the Bank of Korea (BOK) will seek to further buy Treasuries and adjust the monthly sale of monetary stabilization bonds. The bank bought state bonds worth 2 trillion won (US$1.7 billion) Monday to ease market jitters.

The finance ministry plans to sell similar amounts of state bonds over periods in a bid to minimize the impact of its planned debt sale on the bond market. The government plans to issue 11.3 trillion won in bonds to finance an extra budget of 14 trillion won.

Bond yields of three-year government bonds have recently spiked amid the BOK's monetary tightening and global rises in bond yields.

The South Korean economy is on a recovery track, but it faces heightened external economic risks amid surging oil prices and the prospect that the Federal Reserve will likely accelerate monetary tightening.

"Volatility could increase related to interest rates, foreign exchanges and cross-border capital flows, and asset prices could fall. This could cause negative spillover into household debt, the self-employed and the non-banking sector," Hong said at the meeting.

The participants also agreed to cooperate in stabilizing consumer prices in the first half with a focus on curbing inflation expectations and core inflation.

Oil prices have spiked on tight supplies and escalating geopolitical tensions between Russia and Ukraine.

Dubai crude, South Korea's benchmark, soared to $90.91 per barrel Monday, up from $77.12 at the end of last year. South Korea depends mainly on imports for its energy needs. 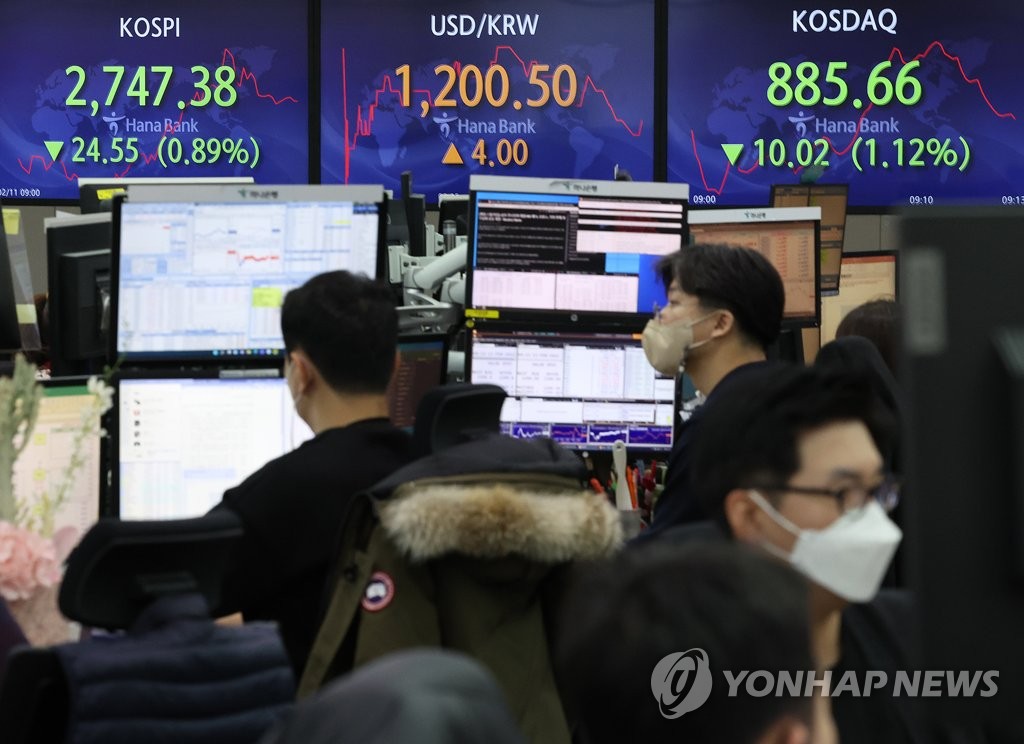 The policymakers also discussed economic contingency plans to brace for the potential deterioration of the Ukraine crisis.

They raised the need to swiftly decide whether to normalize eased foreign exchange liquidity rules for banks and check the FX liquidity situation at non-banking institutions.

In a separate meeting on the Ukraine issue, the government said it will devise detailed preemptive steps to minimize potential impacts on the Korean economy.

The measures include the enhanced monitoring of global energy prices and extending backing to the country's exporters, according to the finance ministry.

To curb growing household debt, the government seeks to make local banks increase their capital buffer against household lending in a bid to boost their capacity to absorb potential losses.

The financial regulator plans to work on details on banks' capital rules with the goal of implementing them in a pilot program in the second half.

South Korea's household credit came to a record 1,844.9 trillion won as of the end of September last year, up 36.7 trillion won from three months earlier.