Apple surpassed its South Korean rival to become the top smartphone maker in the three months ending in December, with a 22 percent market share versus Samsung's 18 percent, according to market analyst firms Strategy Analytics and Counterpoint Research.

By shipment, Samsung shipped 69 million phones in the October-December period, while Apple shipped 80 million units thanks to strong demand for the new iPhone 13 series, released in September, in China and other markets, Strategy Analytics said. 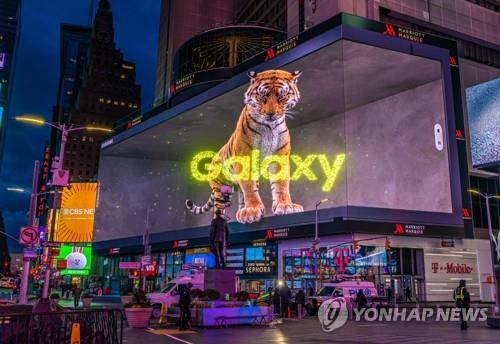 Global smartphone shipments decreased 3 percent in the fourth quarter from the year-ago period to total at 365 million units, Strategy Analytics said, due mainly to chip shortages and manufacturing disruptions by the COVID-19 pandemic.

Data showed that Apple tends to perform better in the fourth quarter, helped by new iPhone launches that mostly happen in the second half of a year.

In the October-December period of 2019, Apple had an 18 percent market share, the same as Samsung's, and its share jumped to 21 percent versus Samsung's 16 percent in 2020.

For the full year, however, Samsung maintained the top spot with a 20 percent market share, followed by Apple at 16.8 percent. Smartphone shipments rebounded to 1.36 billion units last year, up 5 percent from the previous year when global smartphone shipments contracted 8 percent on-year.

The report forecast the global smartphone market will grow " a mild 3 percent" this year as "component shortages, price inflation and Covid uncertainty will continue to weigh on the smartphone market during the first half of 2022, before the situation eases in the second half due to Covid vaccines, interest rate rises by central banks, and less supply disruption at factories." 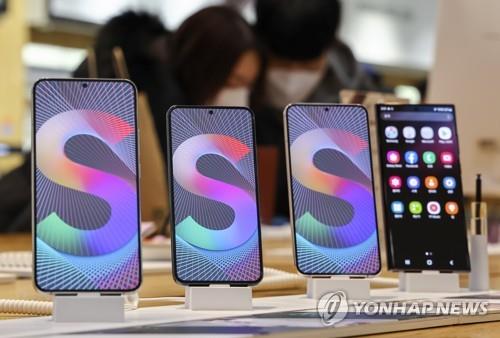 Despite upward pricing pressure amid rising inflation and raw material costs, Samsung kept the prices for its latest Galaxy premium smartphones unchanged to cater to a wider audience.

The latest series has advanced night photography features, and the Galaxy S22 Ultra, in particular, comes with a built-in S Pen for the first time for a Galaxy phone, effectively succeeding the Galaxy Note line.

Samsung's flagship Galaxy series normally sold 35-40 million units, but the Galaxy S21 series, which was launched in January last year, was believed to have sold less than 30 million units.

"The sales of the Galaxy S22 series can outperform its predecessor if the Ultra model can lure the Galaxy Note users," Kim Kwang-soo, an analyst at eBEST Investment & Securities, said, adding that he forecast the Galaxy S22 will sell 25-28 million units this year, more than the 23.7 million shipments of the Galaxy S21 in 2021. 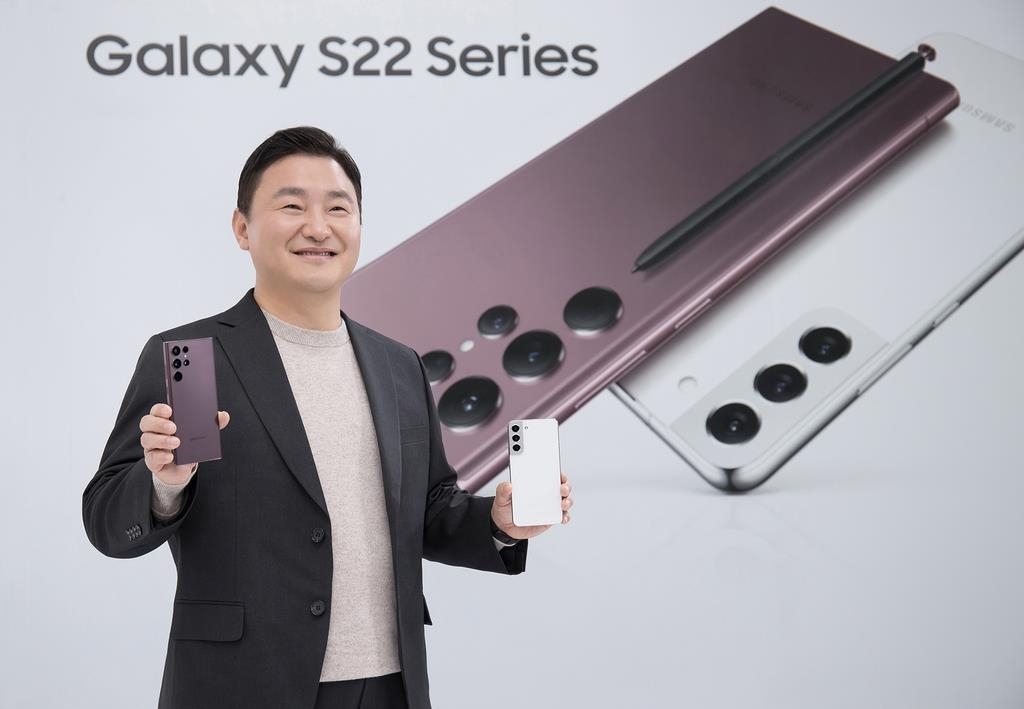