Pence, who served under former U.S. President Donald Trump, is in the South Korean capital to attend a peace forum.

Yoon of the conservative People Power Party is scheduled to meet with Pence on Sunday to gain insight on administrative affairs, North Korea policy, human rights and the U.S. Indo-Pacific strategy, the PPP official said in a phone call with Yonhap News Agency.

"Former Vice President Pence has a strong interest in North Korea and especially North Korea's human rights situation," the official said. "He is someone who believes in dealing with North Korea according to principles."

Yoon has adopted a hardline stance on the North and recently raised controversy by suggesting the need for a preemptive strike on the country in the event of an imminent threat. 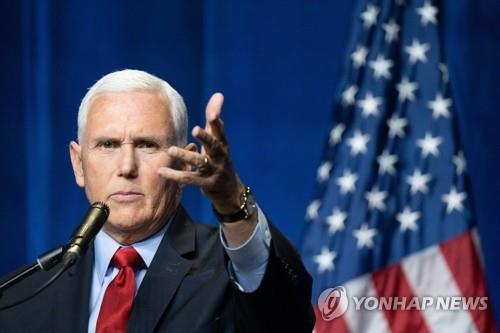