During the meeting, Moon described Cambodia as a major partner for South Korea's economic strategy of reducing its reliance on China, noting that relations between the two countries "have dynamically developed in various fields."

Moon also said that South Korea's free trade deal with Cambodia, signed in October last year, was "meaningful" because it was South Korea's first free trade pact with a Southeast Asian nation along the Mekong River.

He also congratulated Cambodia for taking over the rotating chair of the Association of Southeast Asian Nations (ASEAN), saying South Korea will actively support Cambodia's role in ASEAN.

"I expect you to make more efforts on ratification," he told Moon via a translator.

The Cambodian leader also asked South Korea to provide more support to Cambodia's industrial sectors, saying the country has prepared to introduce a new law on investment and the law would benefit South Korean investors.

At the meeting, Moon shared concerns about the situation in Myanmar with Hun Sen and expressed hopes to "peacefully resolve" the Myanmar crisis, Moon's spokesperson Park Kyung-mee said in a statement, as violence intensified about one year after Myanmar's military coup.

The Cambodian leader arrived in Seoul on Thursday for a four-day visit. During his stay in South Korea, he will co-host an international forum on peace on the Korean Peninsula, according to Cambodia's foreign ministry. 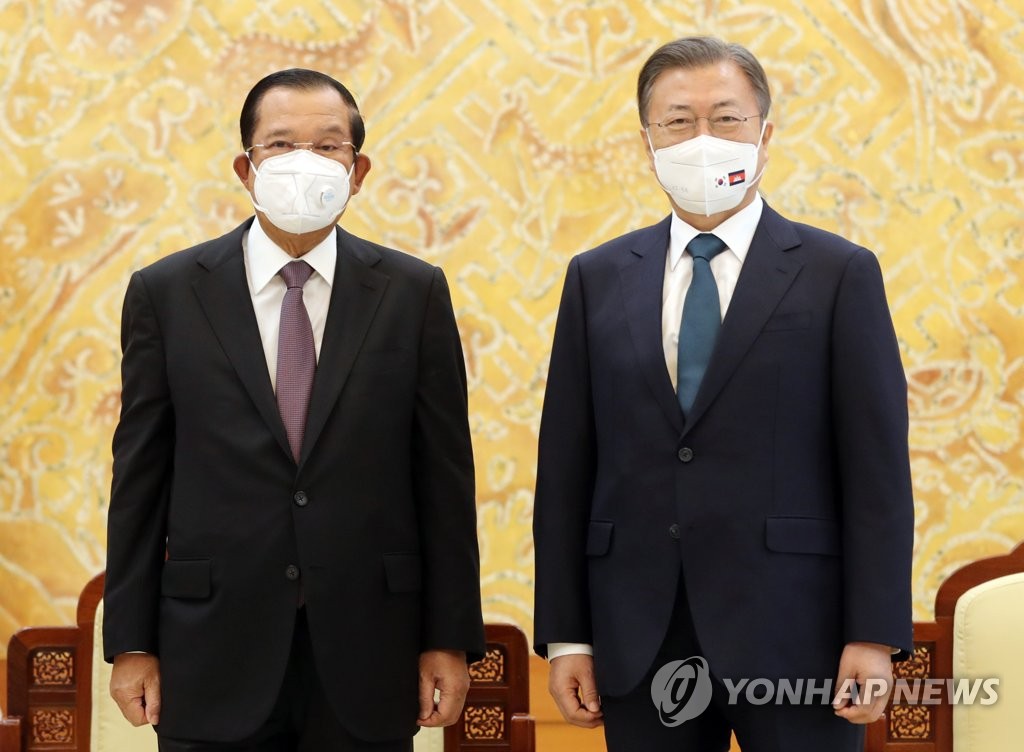