SEOUL, Feb. 11 (Yonhap) -- SES AI Corp., a U.S. battery developer, said Friday it has launched a subsidiary in Seoul as part of efforts to further expand its foothold in the country.

The announcement by the Boston-headquartered company came about three months after it unveiled its next-generation hybrid lithium-metal battery, "Apollo," for large sedans and SUVs to the South Korean market.

SES said it will use the Seoul and Shanghai branches to develop the supply chain and focus on joint development of sample batteries with various automakers.

It also reaffirmed a plan to build a pilot production facility in South Korea in the near future but did not provide details on the location, size or amount of investment. 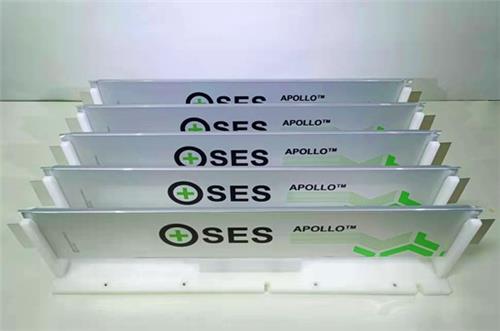 In November last year, SES showcased the 107 amp-hour "Apollo," which boasts the energy density of 417 watt-hour per kilogram, about 40 percent higher than that of the average in a lithium-ion battery widely used in electric vehicles.

It is known as the first lithium-metal battery developed with more than 100 amp-hour.

Lithium-metal batteries use metal instead of graphite, a difference that enhances the energy density by about 30 percent compared with lithium-ion batteries. But they are known to be still way off from mass production and more prone to catch fire.

SES has said its "hybrid" lithium-metal battery has the benefit of having high energy density and being able to reduce fire risks by applying enhanced coating on the metal and its unique electrolyte, according to the company.

SES plans to introduce the test sample of the lithium-metal battery jointly developed with Hyundai and General Motors Co. within this year.