BEIJING, Feb. 11 (Yonhap) -- South Korea defeated Britain 9-7 for its first victory in the women's curling tournament of Beijing 2022 on Friday.

Led by skip Kim Eun-jung, South Korea picked up four points in the ninth end to turn a 6-5 deficit into a 9-6 advantage and hung on in the 10th end for the narrow win over Team Muirhead, the reigning European champion.

South Korea, the 2018 silver medalist, had lost to Canada 12-7 to begin the round robin play at the National Aquatics Centre on Thursday. 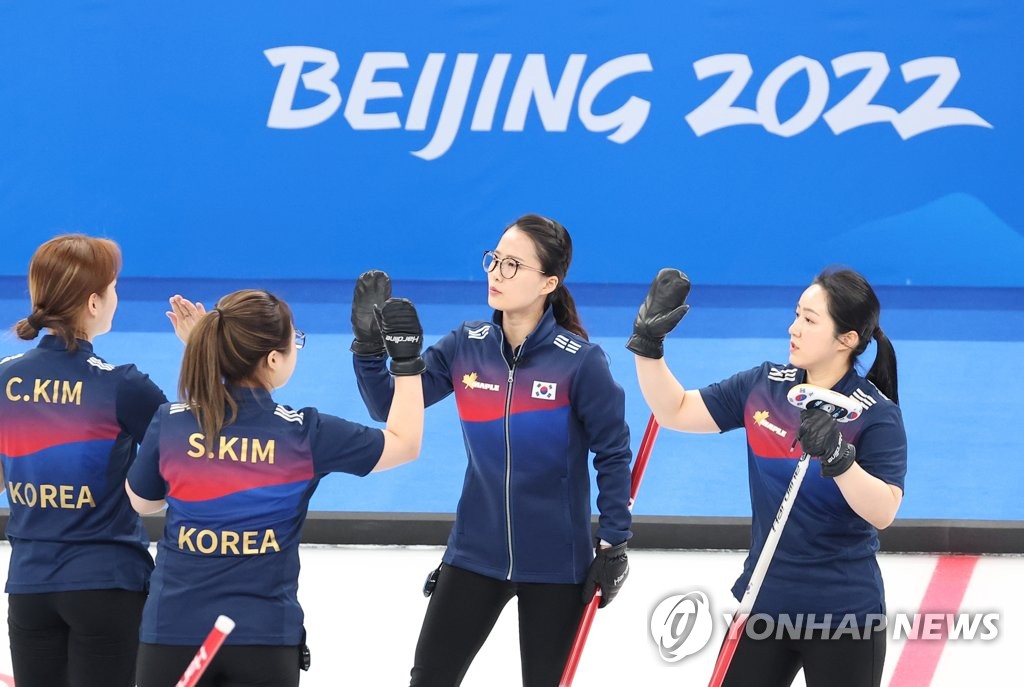 There are 10 countries in the women's competition, and the top four teams after nine round robin games each will qualify for the semifinals.

South Korea and Britain went back and forth through the first eight ends of a tight contest. South Korea held a 3-1 lead after four ends. Britain tied it in the fifth end, only to see South Korea move ahead with two points in the sixth end.

Britain then scored one point in the seventh end and two more in the eighth end to build a 6-5 lead.

In the fateful ninth end, with four South Korean stones already in the house, Kim executed a perfect takeout with her final stone to secure the decisive four points. 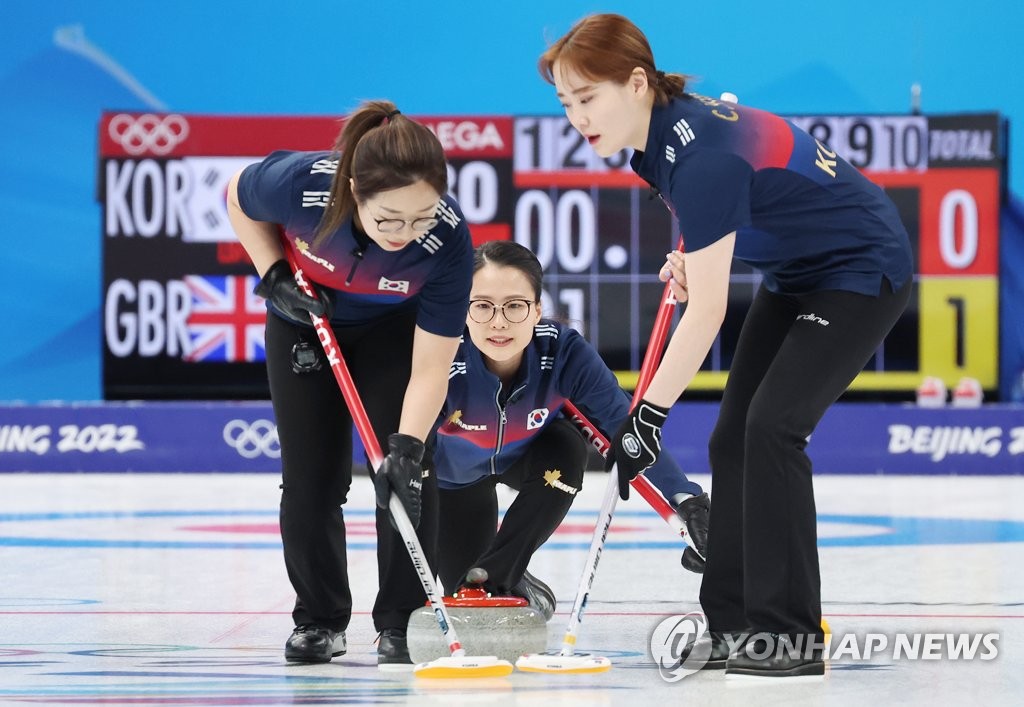 Kim Seon-yeong, the team's lead, said the momentum could have shifted in Britain's favor for good after skip Kim Eun-jung committed a rare blunder -- failing to release her stone before it reached the hog line. It cost South Korea a precious stone.

But the team held it together for that ninth-end rally.

"Hog line violations don't happen much, but you may end up holding on to the stone too long if you're concentrating too hard," Kim Seon-yeong said. "It wasn't anyone's fault. We had to put that behind us and get ready for the next end."

The team's collective short memory helped it get over the opening loss to Canada, Kim added.

"If we dwell on past losses, we can't focus on the next game," she said. "We want to take whatever we can take from losses and move on to the next game."

South Korea will next face the Russian Olympic Committee on Saturday. 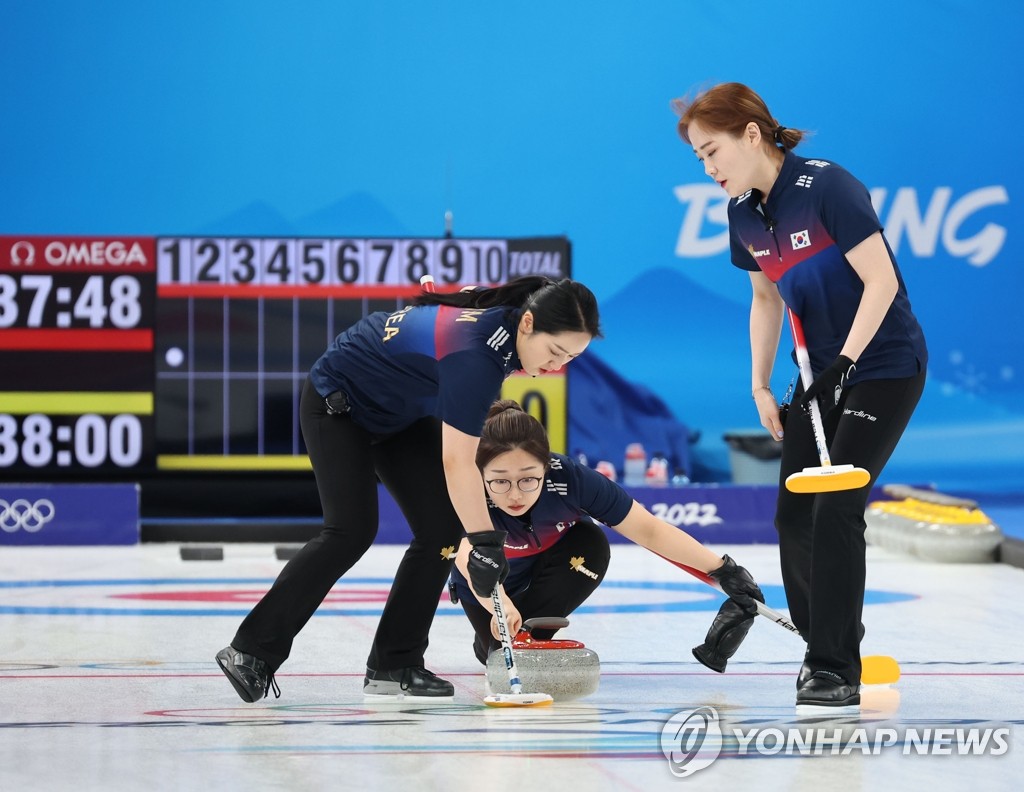