SEOUL, Feb. 11 (Yonhap) -- South Korea on Friday has decided to ban its nationals from traveling to all regions of Ukraine and urged those staying there to evacuate immediately amid brewing tensions in the region.

The Level 4 travel alert, the highest in the four-tier system, is set to take effect Sunday, according to the Ministry of Foreign Affairs. South Korea had issued the Level 3 advisory in southern, eastern and northern areas of Ukraine in late January.

The ban came amid growing tensions that Russia could launch a full-scale invasion into Ukraine, as it has deployed troops along the borders between the two countries.

"South Koreans currently staying there should evacuate immediately to safe third countries or South Korea via available flights," the ministry said in a statement, adding those planning to travel to Ukraine must also cancel their visits.

The number of South Koreans currently staying in Ukraine stands at 341, including Seoul's embassy staff, the ministry added.

South Koreans traveling to countries or regions under the Level 4 alert can be punished under related laws. 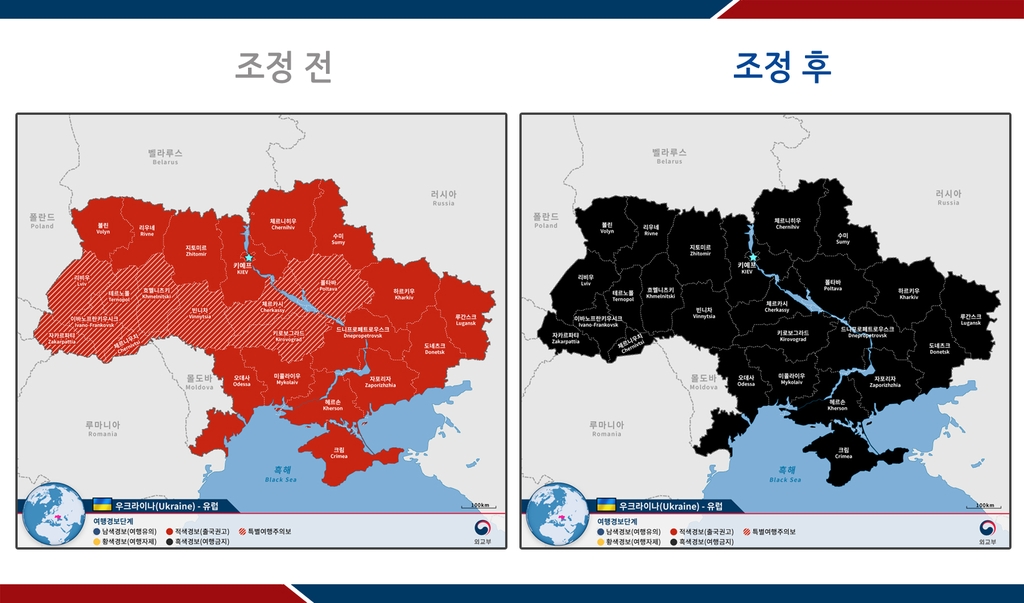 (LEAD) S. Korea to ban travel to all regions of Ukraine amid looming conflict

(LEAD) S. Korea to ban travel to all regions of Ukraine amid looming conflict