On Sunday, Suh will travel to France for a two-day visit and hold a high-level meeting with Florence Parly, his French counterpart, on Monday, according to the ministry.

The two sides will explore ways of strengthening their defense and security cooperation agreement reached in a 2018 bilateral summit.

Suh will later visit Norway on Tuesday for a two-day trip at the invitation of Odd Roger Enoksen, his Norwegian counterpart. The two will discuss means of bolstering defense cooperation later that day.

Seoul's defense chief later plans to visit Lebanon on Thursday to inspect the operations of the Dongmyeong Unit, the 300-strong South Korean peacekeeping military unit in the conflict-laden country, before returning home Friday. 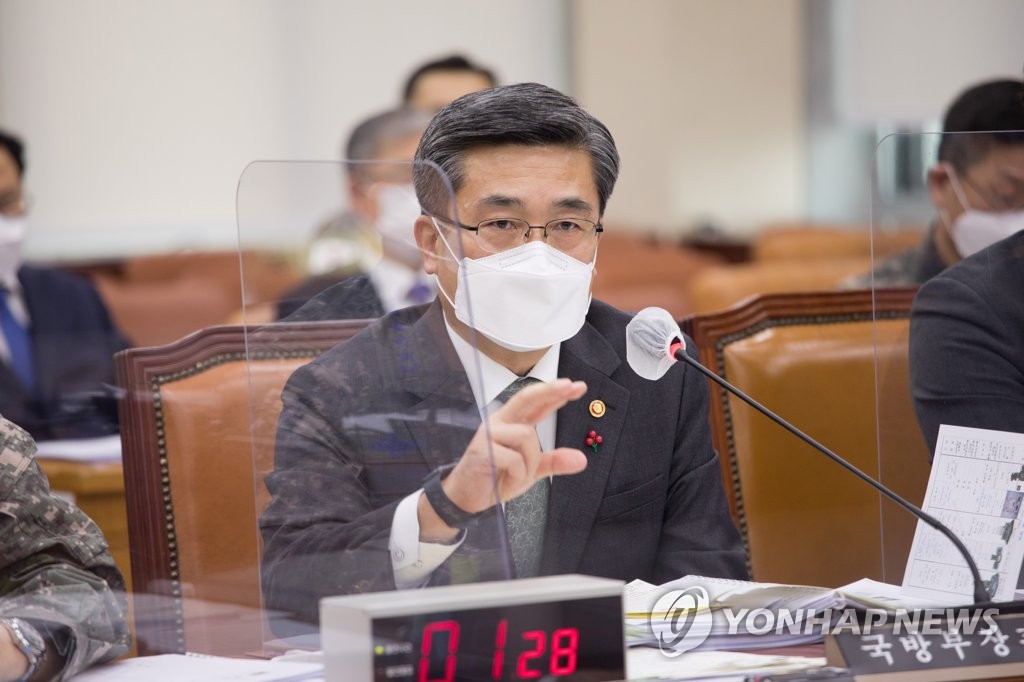