SEOUL, Feb. 12 (Yonhap) -- South Korea will decide on the withdrawal of its embassy in Ukraine depending on the safety of its citizens and the security situation amid fears of an imminent Russian invasion, Seoul officials said Saturday.

On Friday night, the foreign ministry urged its citizens to leave Ukraine as soon as possible, as the United States has ratcheted up its warnings about a possible Russian invasion of Ukraine in recent days.

"(The government) plans to decide on the timing and means of embassy staff evacuation depending on the departure of the Korean nationals and the situation in (Ukraine)," a foreign ministry official said on the customary condition of anonymity.

Several nations have advised their citizens to depart Ukraine, while Washington is set to take further steps to evacuate its embassy personnel in the capital Kyiv over the weekend, according to the Associated Press.

The number of South Koreans staying in Ukraine was 341, including embassy personnel, as of Friday, according to the ministry. 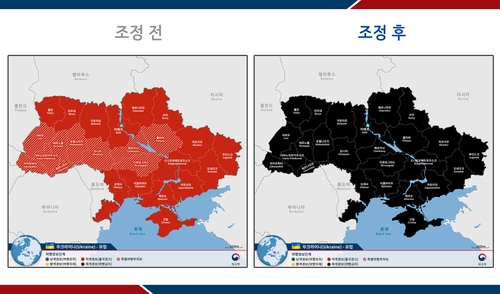 S. Korea to decide on pullout of embassy staff in Ukraine depending on situation

S. Korea to decide on pullout of embassy staff in Ukraine depending on situation