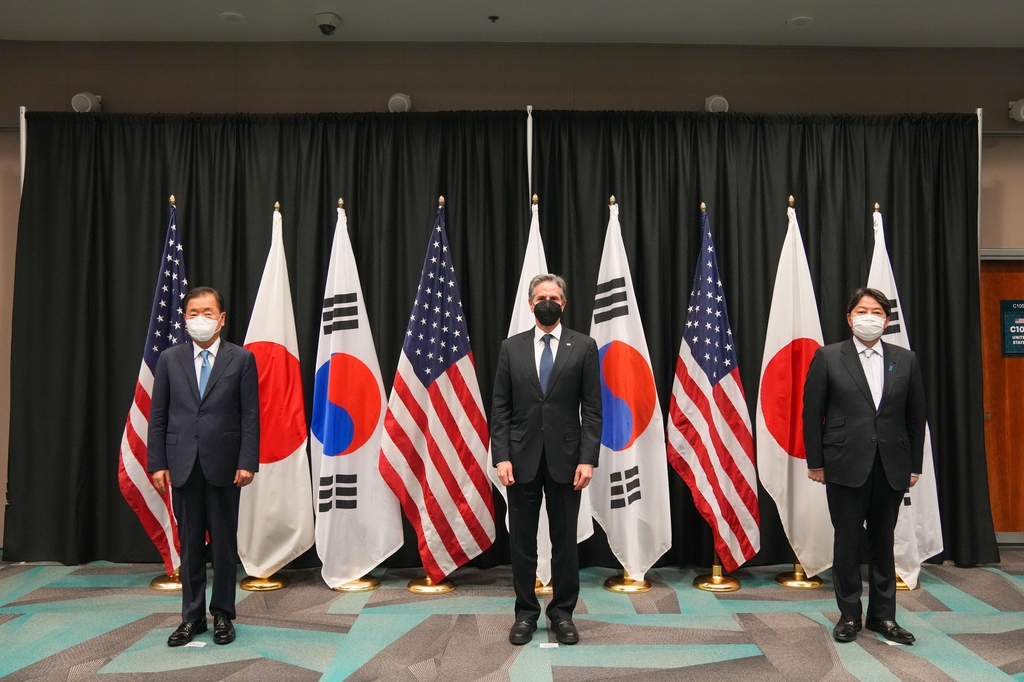 The foreign ministerial talks here came after North Korea staged seven rounds of missile launches in January, marking the largest number of missile tests it has conducted in a single month.

"We are especially urging North Korea not to repeat such wrongful activities with regard to its firing of an intermediate-range missile," he said in the joint press conference with his U.S. and Japanese counterparts. 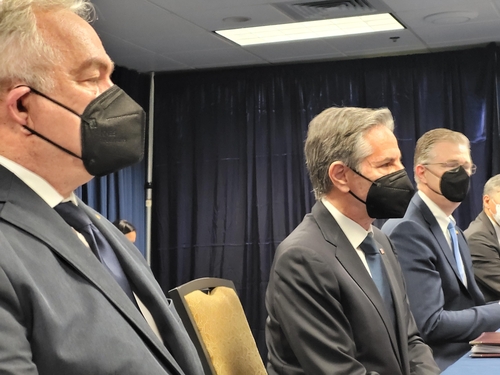 The trilateral meeting followed Chung's bilateral talks with the Japanese foreign minister and then with his U.S. counterpart.

"The two ministers expressed concerns over North Korea's recent series of missile launches, and agreed to continue close cooperation between South Korea and the U.S. to prevent conditions on the Korean Peninsula from further deteriorating and for an early resumption of dialogue with North Korea," South Korea's foreign ministry said of the Chung-Blinken talks in a press release.

South Korea's top nuclear envoy Noh Kyu-duk earlier said he had very meaningful and productive discussions with his U.S. and Japanese counterparts on "several ways to engage with North Korea," and that the foreign ministers would continue their discussions when they met here.