SEOUL, Feb. 13 (Yonhap) -- Candidate registration began Sunday for the March 9 presidential election, with all four main contenders, including the ruling party's Lee Jae-myung and the main opposition's Yoon Suk-yeol, registering on the first day to become the country's next president.

The National Election Commission (NEC) will receive candidacy registration for two days through Monday before the official 22-day campaign period kicks off Tuesday.

Along with Lee of the ruling Democratic Party (DP) and Yoon of the People Power Party (PPP), Ahn Cheol-soo of the centrist People's Party and Sim Sang-jeung of the minor progressive Justice Party registered their candidacies on the first day, according to the NEC.

Starting Tuesday, candidates can hold street campaigns, put up election posters, send campaign materials to voters, and release TV and radio commercials through one day before the election.

The results of public polls cannot be published beginning March 3, six days before the election.

Before the presidential election on March 9, advance voting will take place on March 4-5. Overseas Korean citizens who are registered as absentee voters will cast their votes on Feb. 23-28. 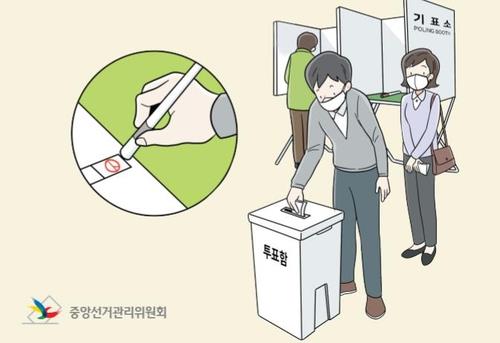