KB Financial led the pack with an interest income of slightly over 11.2 trillion won, which was up 15.5 percent from the prior year.

The jump in interest income was attributed to a rising spread between lending and deposit rates in the wake of key rate hikes. In December, the gap stood at 2.19 percentage points, higher than 2.05 percentage points a year earlier.

The financial group's average net interest margin (NIM) of the banks, a key barometer of profitability, thus expanded around 0.1 percentage point over the past year.

In mid-January, the central Bank of Korea (BOK) raised the country's policy rate by a quarter percentage point to 1.25 percent, the third rate increase since August.

The BOK has stressed the need to "normalize" interest rates kept low to keep the pandemic-hit economy going, citing growing concerns over inflation and household debt. 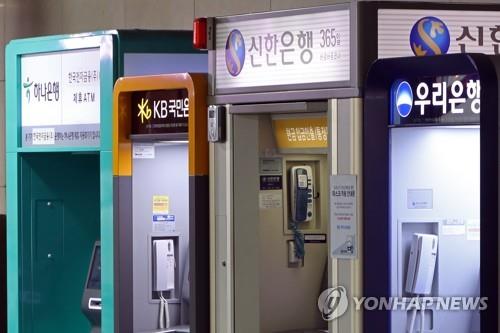