Pharmaceutical giant Pfizer Inc. is responsible for sales of the biosimilar drug under the name Inflectra in the U.S. market.

Remsima's market shares in the U.S. came to 22.3 percent, trailing Remicade with 67.2 percent during the fourth quarter of last year, according to Celltrion Healthcare.

Sales of Remicade nearly halved over the last five years, plummeting from $4.5 billion in 2017 to $2 billion in 2021 following the launch of Remsima in the fourth quarter of 2016. 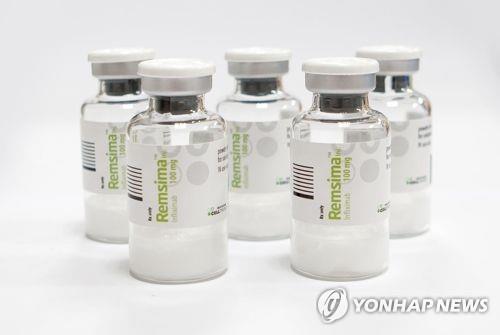