SEOUL, Feb. 14 (Yonhap) -- South Korea's daily COVID-19 cases exceeded 50,000 for the fifth day in a row Monday as health authorities brace for a further spike amid the fast spread of the highly transmissible omicron variant across the nation.

On Monday, the country began administering the fourth dose of COVID-19 vaccines, starting with people with weak immune systems, but health authorities said they are not considering giving such shots to ordinary people.

The latest figure marked the fifth day in a row that daily infections have surpassed 50,000. It was below a daily record high of 56,428 reported the previous day. 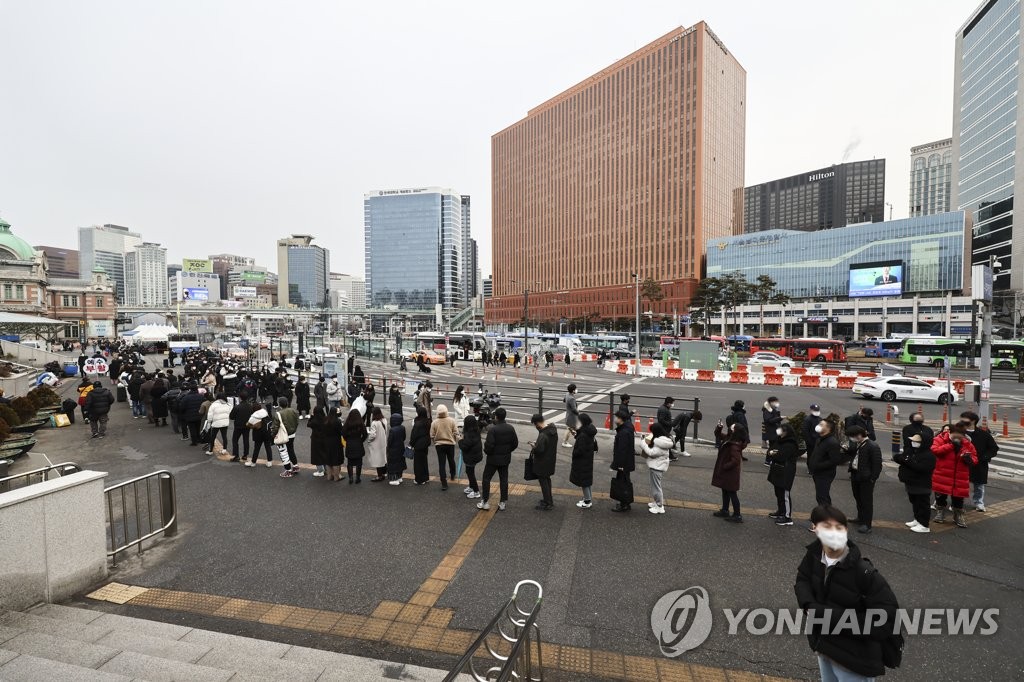 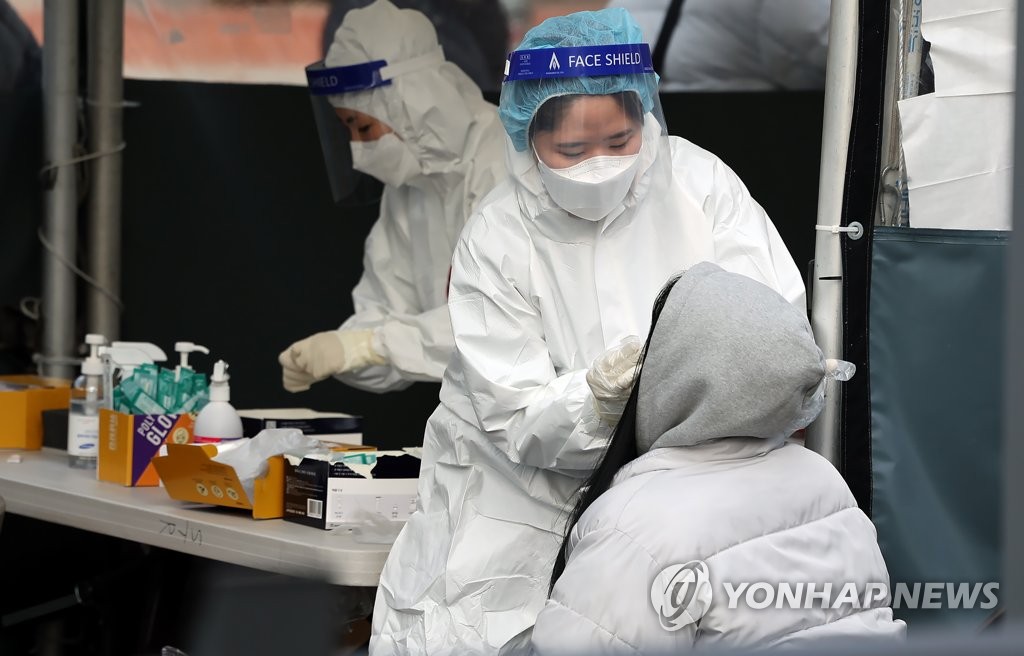 The number of critically ill COVID-19 patients was 306, up 18 from a day earlier, it added. The daily tally has surpassed 300 for the first time in 17 days.

As of 6 p.m., the country had added 48,635 new COVID-19 cases, the largest ever by the hour and up 893 from the same time the previous day, according to health authorities and city governments. Daily cases are counted until midnight and announced the following morning.

New daily infections have surged sharply in the country recently due to the omicron variant, reaching over 40,000 for the first time Wednesday since the outbreak of COVID-19 in early 2020. Only a day later, the figure exceeded the 50,000 level.

Health authorities have warned that daily new cases could hit 170,000 by around the end of this month. The National Institute of Mathematical Sciences, a state-run think tank, estimated the figure could even soar as high as 360,000 by early next month.

The KDCA said the country has started administering the fourth shots of COVID-19 vaccines to around 1.3 million people with weak immune systems in an effort to curb virus infections among high-risk people.

Some 500,000 patients and employees at nursing facilities will begin receiving their fourth shots early next month.

"We decided to give the fourth shot to the high-risk groups that are most vulnerable to critical conditions and death from omicron and other COVID-19 variants, including those with weak immune systems and senior care hospitals and facilities," KDCA Commissioner Jeong Eun-kyeong said during a press briefing.

Jeong added that the KDCA has not yet reviewed any plans to roll out second booster shots to the rest of the population.

The fourth dose will not be linked to the country's vaccine pass system, which requires people to present proof of COVID-19 vaccination or negative test results when entering multiuse facilities.

The number of patients receiving at-home treatment rose to an all-time high of 232,086, topping 200,000 for the second straight day.

In light of the surge in at-home treatment patients and increased demand for virus testing, the government earlier announced it will temporarily restrict the purchase of COVID-19 self-test kits to five units for three weeks in order to stabilize the supply of the kits.

Starting Monday, self-test kits for 30 million people will be available at local pharmacies and convenience stores for two weeks. Customers will be allowed to purchase additional kits at different stores if needed.

Of the locally transmitted cases, Gyeonggi Province that surrounds Seoul reported 15,866, followed by Seoul with 11,595 and the western port city of Incheon with 3,576, the KDCA said. Cases from overseas went up 106 to 27,328.

As of Monday, 29.43 million people, or 57.3 percent of the country's 52 million population, had received booster shots. The number of fully vaccinated people came to 44.22 million people, accounting for 86.2 percent.