The latest case was found at the farm in the central county of Jincheon, 91 kilometers south of Seoul, where around 96,000 chickens were being raised, according to the Ministry of Agriculture, Food and Rural Affairs.

The authorities cordoned off the farm and have implemented quarantine measures, including the culling of the poultry there as a preventive step, the ministry said.

South Korea reported the season's first highly pathogenic AI case on Nov. 8, 2021, and has reported a total of 43 cases so far.

In the wake of a series of confirmed cases, the authorities extended the period of special disinfection operation across the country by one week through Sunday. 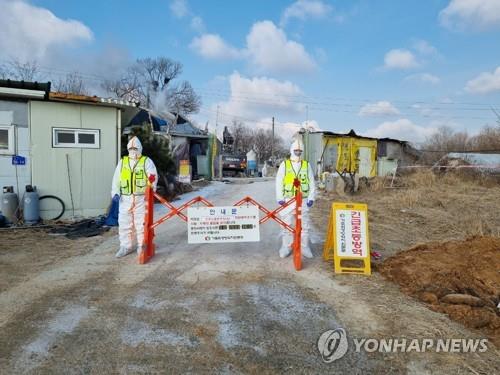