The union under the Korean Confederation of Trade Unions (KCTU), the more militant of the country's two major umbrella unions, said it will consider staging an industry-wide walkout after Jan. 21 unless CJ agrees to the demand from unionists.

Some 200 members of the KCTU union seized CJ's headquarters office Thursday and have since been staging a sit-in in support of an ongoing strike by unionized CJ Logistics workers since late December.

The company's unionized workers have argued CJ Logistics has pocketed most of the profits from hikes in recent delivery charges and that it has neglected its responsibility in preventing unnecessary overwork, part of a deal between the government and the logistics industry reached last year.

"We will fight to the end to prevent CJ Logistics' unfair profiteering and achieve the fulfillment of the social deal (in preventing overwork)," Jin Kyung-ho, head of the KCTU courier union, said.

CJ Logistics has sued the union on charges of property damage and obstruction of business.

Choi Gwan-ho, head of the Seoul Metropolitan Police Agency, said officials were trying to persuade the union to voluntarily end the occupation protest at the company, labeling the standoff as a "labor-manage dispute."

The Seoul police chief, however, also vowed stern legal responses to "acts of violence that cannot be overlooked" and added officials were also looking into the complaint filed by the company. 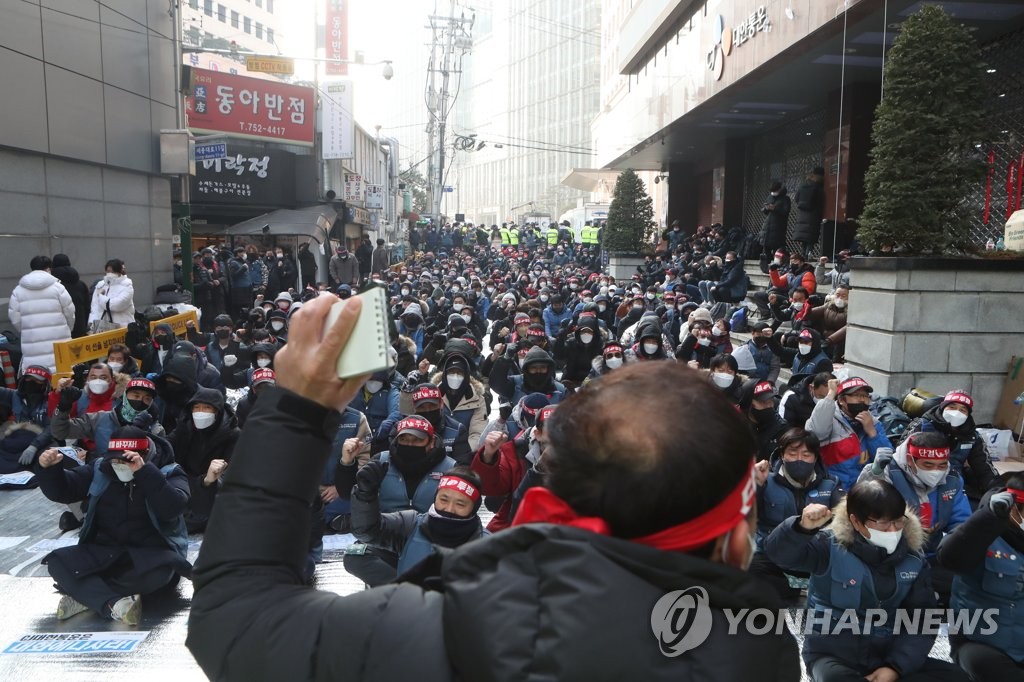