SEOUL, Feb. 15 (Yonhap) -- North Korea will issue commemorative coins to mark the upcoming birth anniversary of its late leader, state media reported Tuesday, in a move to kick up a festive mood for the national holiday.

The standing committee of the Supreme People's Assembly decided to issue the gold and silver coins in celebration of the 80th birthday of Kim Jong-il, late father of current leader Kim Jong-un, which falls on Wednesday this year, according to the North's official Korean Central News Agency (KCNA).

The coins are engraved with an image of the former leader and the other side has that of what the North claims to be his birthplace located at the foot of Mount Paekdu, the highest peak on the Korean Peninsula, a released photo showed. 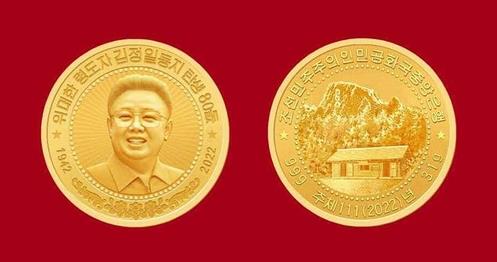 The North has often released commemorative coins on the occasion of landmark anniversaries and events.

The move comes as the North is holding various events for the milestone anniversary, with keen attention being paid to whether it will stage a large-scale military parade.

The third-day performance of an arts concert took place in Pyongyang on Monday. Other events included a ball hosted by the Socialist Women's Union of Korea, a speech symposium on the late leader's achievements and cooking contests, according to the KCNA.

It described the 2000 summit between Kim and Russian President Vladimir Putin in Pyongyang as "a historic milestone in providing a solid foundation for developing the friendly and cooperative relations between the two countries." It marked Putin's first visit to North Korea since taking power.

Kim is known for devoting himself to Pyongyang's relations with Moscow, which had become strained during the dissolution of the Soviet Union in 1991. 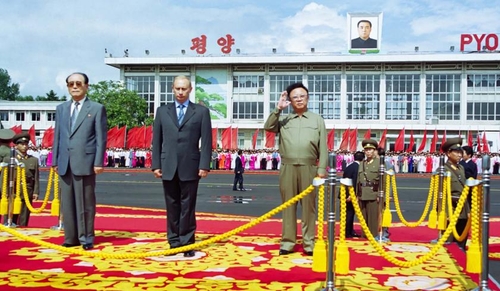 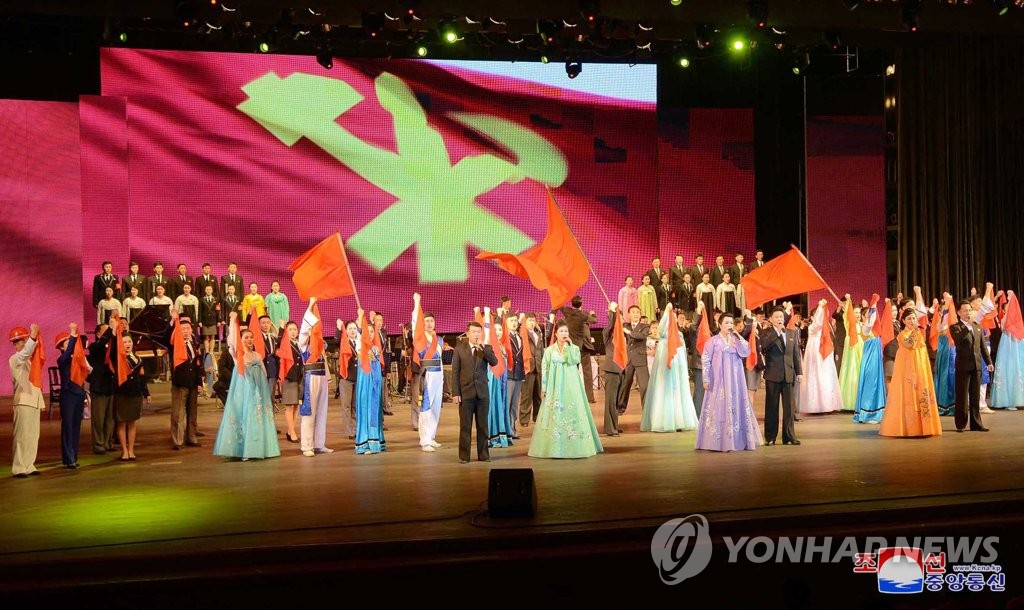