SEOUL, Feb. 15 (Yonhap) -- The official presidential campaign period kicked off Tuesday for a 22-day run, allowing candidates to rally on streets and ad campaigns to hit the air in a final appeal to voters ahead of the election on March 9.

Lee Jae-myung, the candidate of the ruling Democratic Party, launched his campaign of the official period at the stroke of midnight with a visit to a vessel traffic control tower in the southeastern port city of Busan. 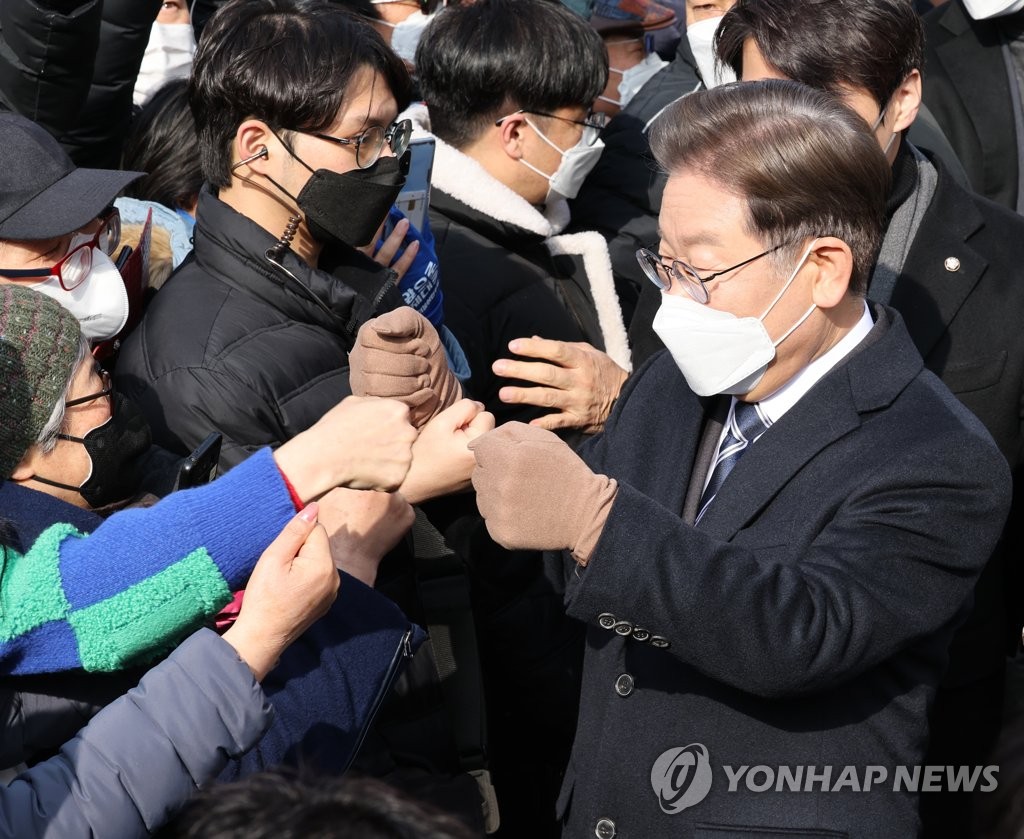 "Busan was once a city of refugees but grew into an international city reaching out to the world by land and sea, and will become the center of the southern metropolitan area in the future," Lee told reporters, explaining why he chose Busan as the first stop on his campaign trail.

"I wanted to send the message of completely reviving the Republic of Korea's economy and urge everyone to go farther by land and sea on our way to becoming a nation that leads the world," he said. 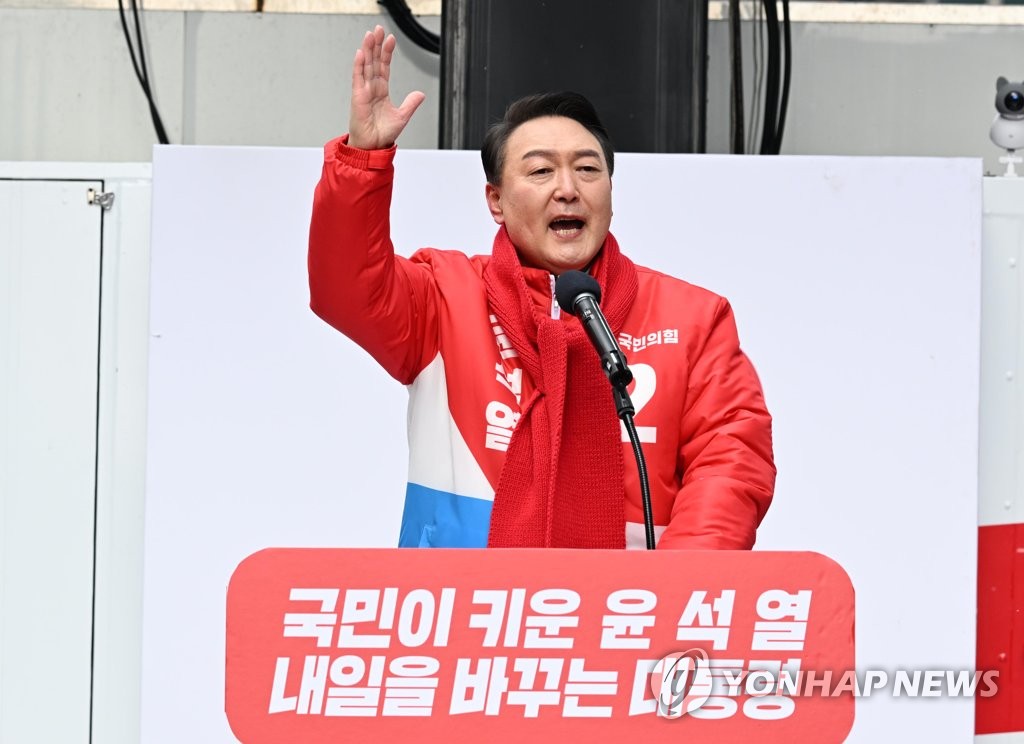 Yoon Suk-yeol, the candidate of the main opposition People Power Party, began his campaign by paying his respects at Seoul National Cemetery, a customary visit for South Korean politicians at the start of a new journey.

"I will turn the Republic of Korea, which has been defended by the dedication of our patriotic martyrs, into a proud nation together with our great people," Yoon told reporters before embarking on a campaign trail that will take him from central Seoul to Daejeon, Daegu and Busan on Tuesday alone.

Ahn Cheol-soo of the centrist People's Party met with voters in the conservative stronghold of Daegu and plans to visit the birthplace of former President Park Chung-hee later in the day.

Sim Sang-jeung of the progressive Justice Party greeted voters in Iksan, North Jeolla Province, and will spend the first two days in the liberal Jeolla provinces. 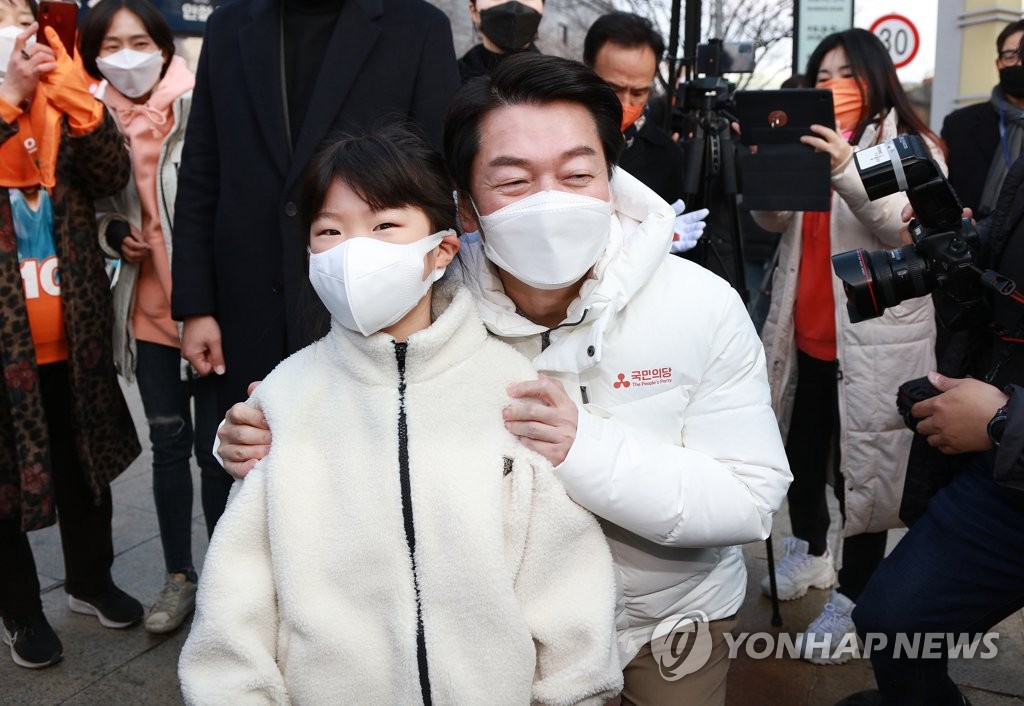 A total of 14 people have registered their candidacies with the National Election Commission, the election watchdog.

During the official campaign period, candidates are allowed to print their party platforms and other campaign material in newspapers up to 70 times and air TV and radio ad campaigns of up to a minute as many as 30 times per channel.

Candidates will be able to make speeches in open spaces with the help of campaign vehicles and loudspeakers between the hours of 6 a.m. and 11 p.m.

Election workers and volunteers will also be allowed to sing campaign songs and dance.

Poll results cannot be released starting six days before the election, or from March 3, to prevent the results from affecting voters' choices.

This will be the first presidential election to be held after the legal voting age was lowered from 19 to 18 in 2020.

Under a bill passed by the National Assembly on Monday, COVID-19 patients and those in quarantine will also be able to vote on election day from 6 p.m. to 7:30 p.m. after regular polling closes.

President Moon Jae-in instructed the government to "do everything for the fair and safe oversight of the election" during a meeting with his aides, according to presidential spokeswoman Park Kyung-mee. 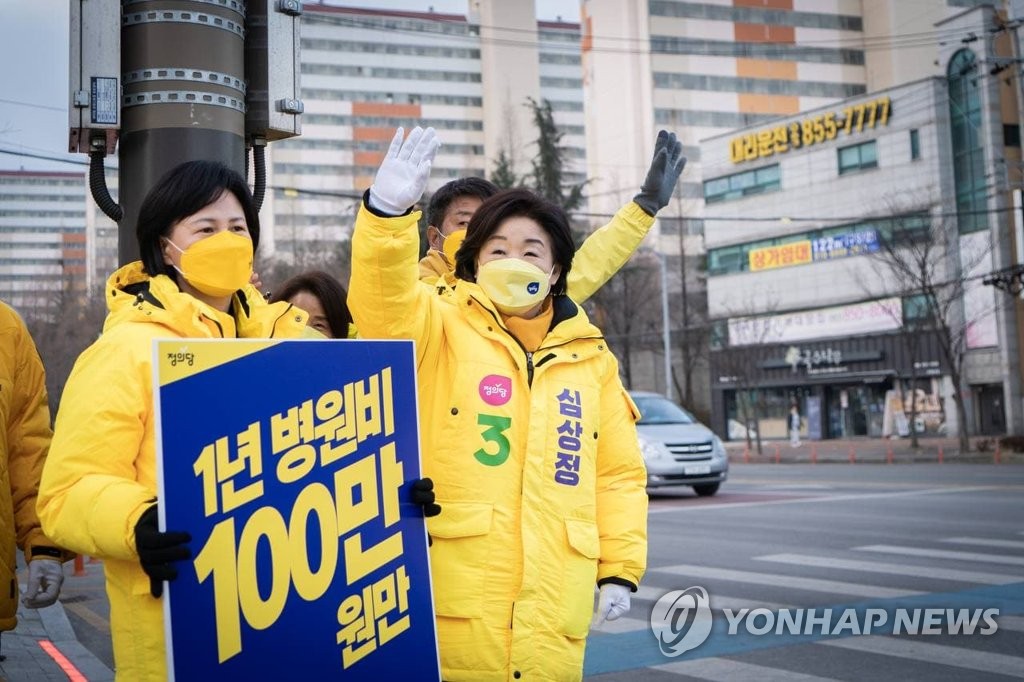