In the letters, the two leaders vowed to continue to strengthen bilateral ties, with Moon saying the two countries now have a "comprehensive cooperative partnership" since establishing diplomatic relations in 1962.

Fernandez highly appreciated the Korean community's contribution to Argentina's development following the start of Korean immigration in 1965. He also hoped that the two nations can continue to work together in various fields, including science technology, resource development, hydrogen production and Antarctic inspection.

Argentina is the sole South American country that Moon visited during his term in office. He went to Argentina in 2018 for the 13th G20 Summit in Buenos Aires. 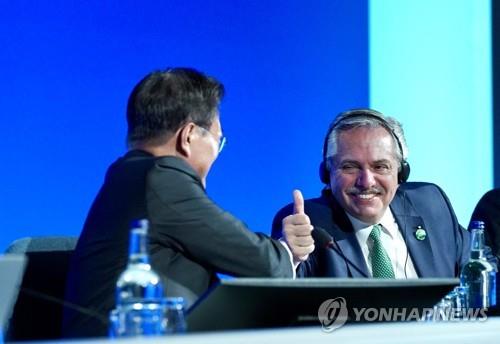