SEOUL, Feb. 15 (Yonhap) -- The Ministry of Foreign Affairs has been ordered by a court to cancel the dismissal of an employee of an affiliated institution accused of sexually harassing fellow employees, due to its violation of the standard disciplinary procedure, judicial officials said Tuesday.

The Seoul Administrative Court ruled in favor of the employee in a lawsuit against the foreign ministry over its dismissal decision made in August 2020, citing its failure to notify of the disciplinary measure in writing. 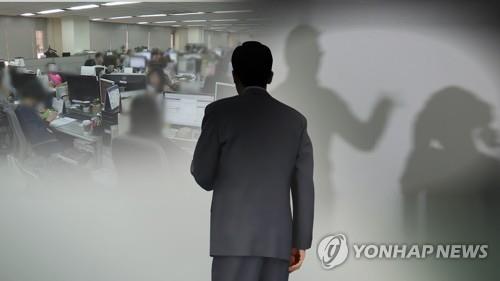 The case dates back to June 2020, when the ministry confirmed in an audit that the employee had committed sexual harassment, inappropriate physical contact and workplace harassment against fellow employees.

The court said it is against the law for the ministry not to give a notice of dismissal in writing to the employee.

The Administrative Procedure Act stipulates that dispositions from administrative agencies be notified in writing, except for special cases.

The ministry has appealed against the ruling.

Court rules against verbal notice of dismissal by foreign ministry

Court rules against verbal notice of dismissal by foreign ministry