Cho was sentenced to two years in prison by a lower court in 2020 on charges of ordering police officers to write a total of 12,880 online comments and writings on social media platforms to help form public opinion favorable to the conservative Lee government and the police between January 2020 and April 2012.

The comments were written on almost all major political, social and inter-Korean issues at the time, including the sinking of South Korea's warship Cheonan and North Korea's attack on Yeonpyeong Island near the western inter-Korean sea border in 2010 as well as the parliamentary ratification of the bilateral free trade agreement between Seoul and Washington the following year.

The lower court determined that all the online posts and comments were written to manipulate public opinion but the Seoul High Court overturned the ruling and found about 100 of them, including those written by those who identified as officers, not guilty of opinion rigging.

The high court said Cho wrongfully meddled with public opinion formation and his acts undermined people's trust in the police, but the number of opinion rigging comments was substantially smaller than those written by other government agencies, such as the National Intelligence Service or the Defense Security Command, in the past.

"Only 5 percent of all online comments were favorable to the then government," the court added.

Cho was also sentenced to 2 1/2 years in prison last year on separate charges of receiving bribes from a construction company CEO in 2010. 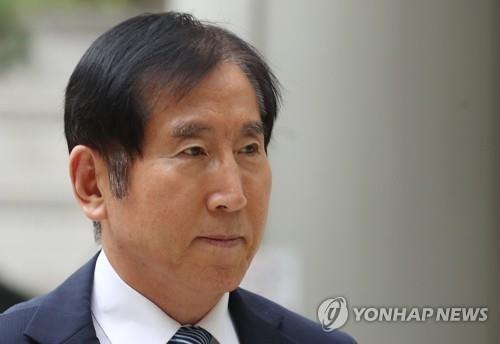