BEIJING, Feb. 15 (Yonhap) -- With the COVID-19 pandemic limiting the size of crowds during the Beijing Winter Olympics, there were just a few hundred spectators at Capital Indoor Stadium on Tuesday watching the women's singles figure skating.

And there were way more butterflies in the stomach of You Young.

The 17-year-old South Korean figure skater made her Olympic debut in the Chinese capital and acquitted herself well by scoring 70.34 points in the short program, good for sixth place. She sits 9.50 points out of the bronze medal position, held by Kaori Sakamoto of Japan. The free skate is Thursday. 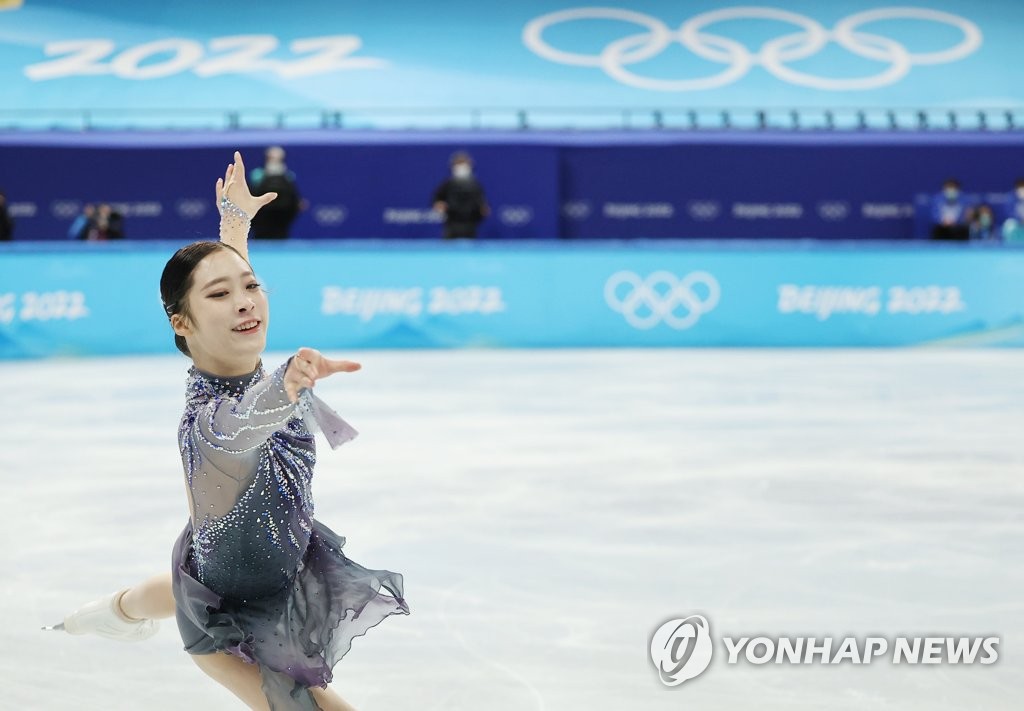 Joining Kim Yu-na as the only South Korean figure skating medalists may prove to be too much of an uphill battle for You, whose success will hinge upon her execution of a triple axel. The most difficult triple jump has a base value of 8.00 points. Though You appeared to pull off a clean one Tuesday, her jump was downgraded to a double axel, which has a base score of 3.30 points.

You would have been in the top five with a better triple axel. But after her skate, the teenager wasn't dwelling on her mistake.

"Though the axel was downgraded, I landed it well without falling down. I am happy with that," You said. "I will keep working on it and try to land it the way I normally do in practices."

Indeed, You had looked fine in multiple training sessions leading up to the short program. But the actual Olympic competition turned out to be a different animal.

"I think I lacked confidence in my triple axel. Since it was my first jump, I was nervous about it," You said. "I think this performance will allow me to grow more as a skater. I think I had a good finish, despite being so nervous."

You had been trying to keep a brave face since arriving here last week, but she admitted Tuesday she doesn't consider herself mentally tough yet. She shed a few tears immediately after her program, because she was proud of herself for coming through without a fall while trying to fight off nerves. 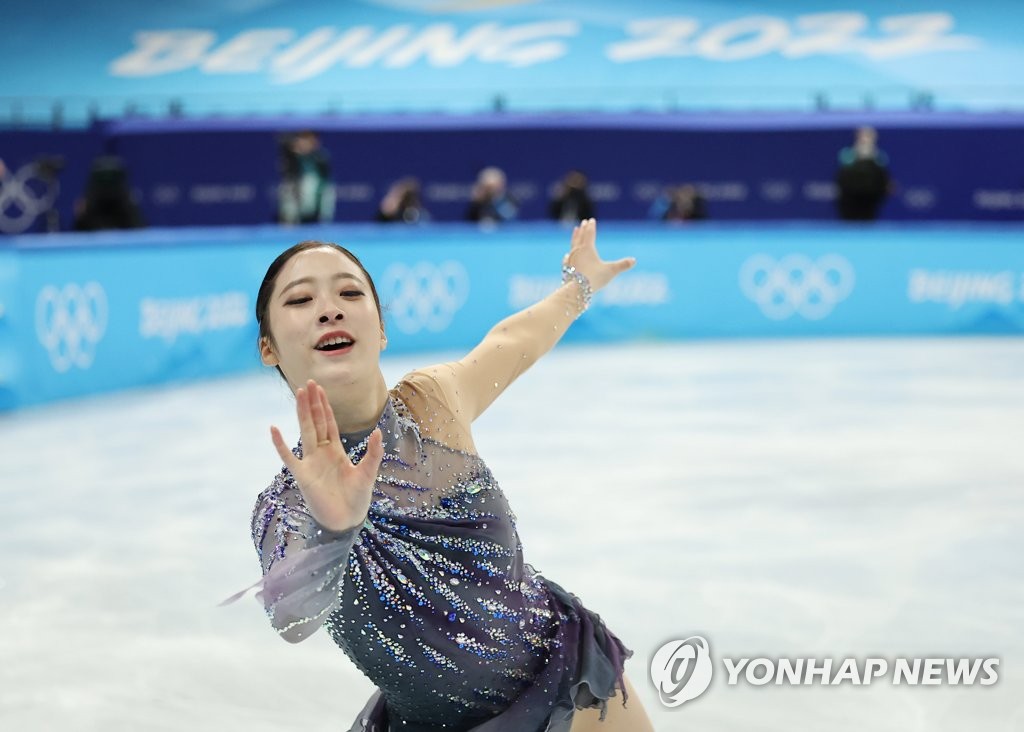 You's mother, unable to travel to Beijing because of the pandemic, had given her daughter's coach, Mie Hamada, some specific instructions to help keep the skater loose: a playful slap in the face.

"My mom asked (the coach) to do this. She told me it was from Korea," You said with a smile. "That moment was so funny. I was able to laugh and relax a bit after that."

You skated right after Kamila Valieva of the Russian Olympic Committee (ROC), who's caught in the center of the biggest doping controversy of these Olympic Games. She has been cleared to compete despite testing positive for a banned medication last December. 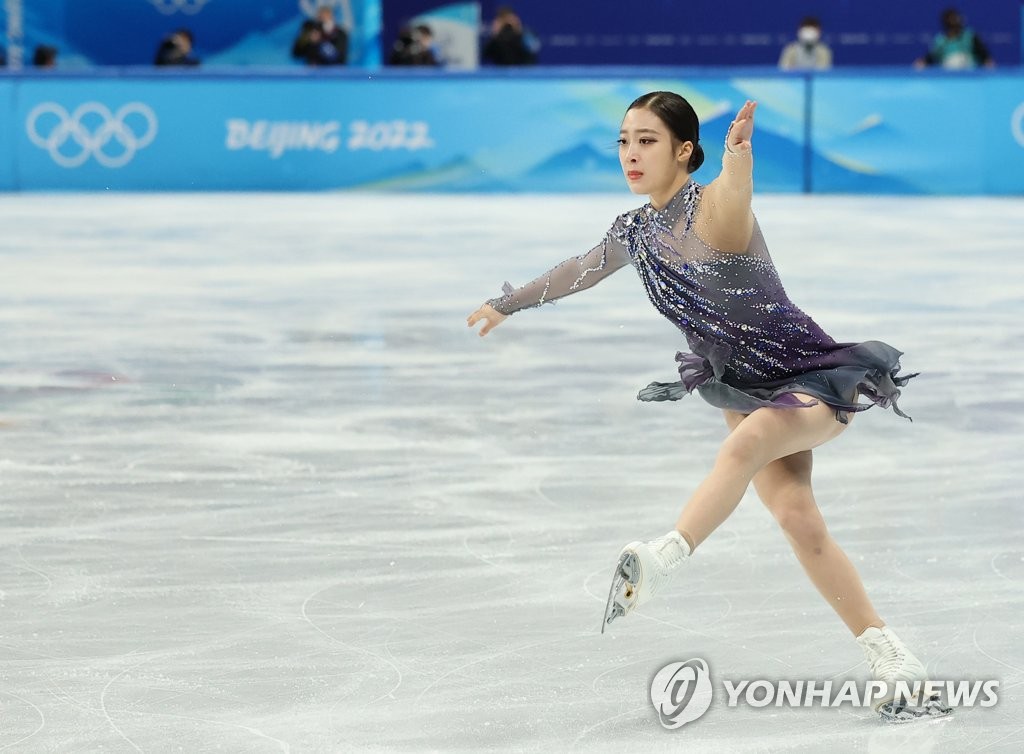 Even without that issue hanging over the ice, Valieva would have been a tough act to follow. The 15-year-old gold medal favorite put up 82.16 points to take the lead moments before You took the ice.

You said she didn't pay much mind to what Valieva had done ahead of her.

As for the doping scandal in her sport, You said, "I'd be lying if I said I didn't care about it. But my own skating had to come first today."

"I will try not to get distracted by those issues," You continued. "Hopefully, I will be able to stay loose for the free skate and have a smile at the end." 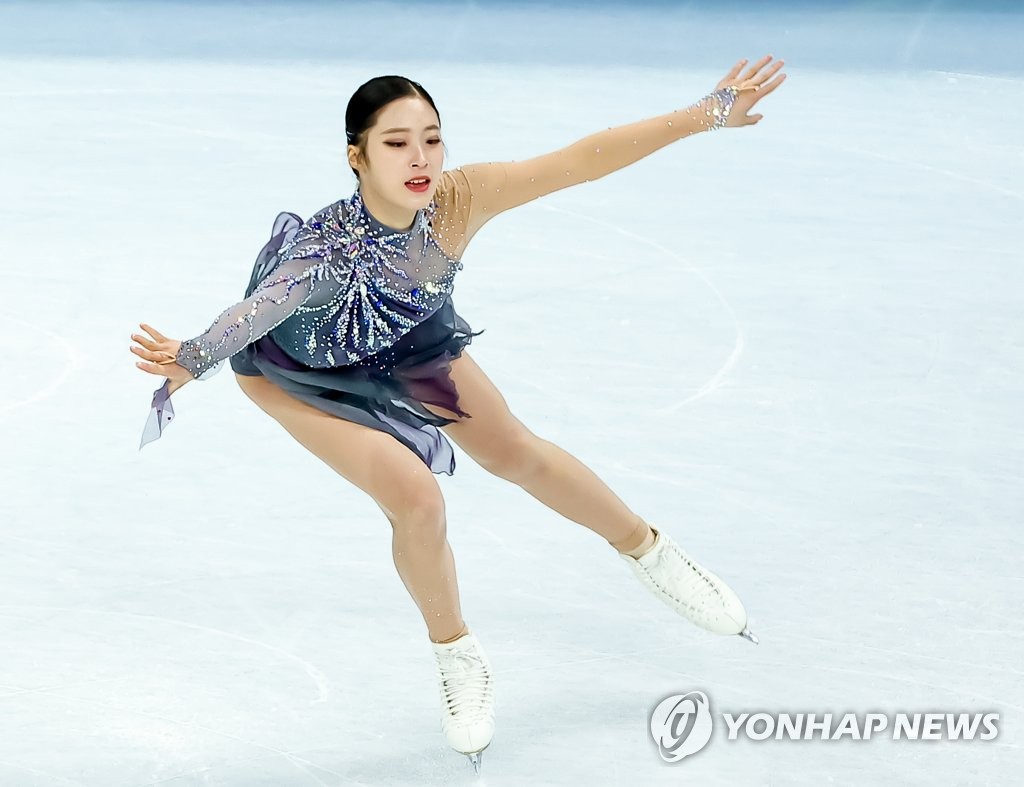