SEOUL, Feb. 16 (Yonhap) -- Star actress Son Ye-jin, who is set to tie the knot with actor Hyun Bin next month, will return to the small screen with the JTBC romance drama "Thirty-Nine."

Last week, the two co-stars of the drama announced they will get married next month, about two years after they started dating.

"As an individual and as an actor, so many big events have happened to me in 2022. It's like destiny," she said in an online press conference on the upcoming show Wednesday. "I'm so grateful that so many people have congratulated me." 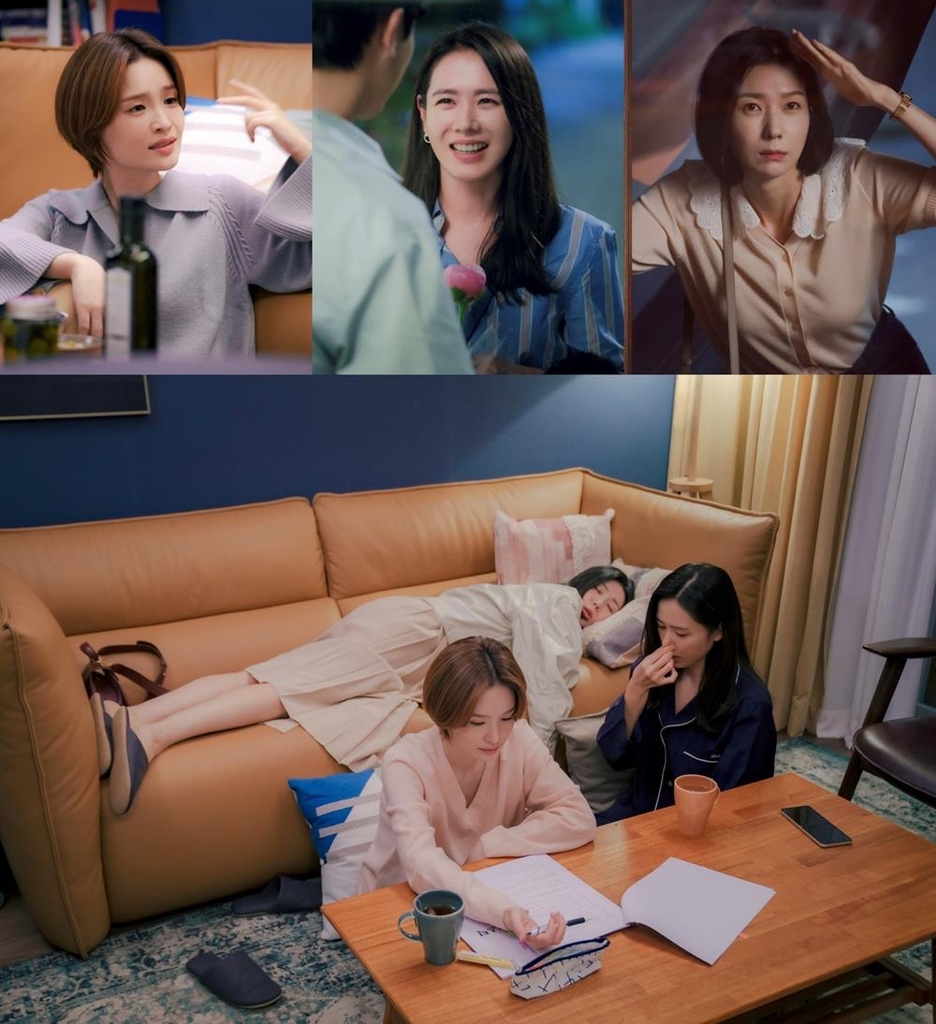 "Thirty-Nine" is a story of three female friends, who are all 39 years old, featuring their friendship, work and romantic relationships as they are on the brink of turning 40.

Mi-jo (Son) is a 39-year-old dermatologist who has her own clinic in Seoul and makes a big decision to take a year off and enjoy life for the first time in decades.

Her daily life is always with her best friends Chan-young (Jeon Mi-do), an acting teacher who gave up her dream to become an actress, and Joo-hee (Kim Ji-hyun), a timid and naive person working as a manager at a department store.

Son said she loved the narrative of "Thirty-Nine" so much that she wanted to play Mi-jo when she was a 39-year-old.

"I thought if I got older, I couldn't take part in such a good story like 'Thirty-Nine,'" said the actress, who turned 40 last month. "And Mi-do is just like me. I thought the screenwriter might have installed a camera at my house and created this character." She also said she now has two new friends of the same age through "Thirty-Nine," and the trio's on-screen chemistry will highlight the characters' 20-year-old friendship and their efforts to face and accept heartbreaking news.

"We didn't make additional efforts to get closer, but we felt like real friends from the first day of production," she said. "Later on, we permeated into each other and enjoyed chatting every time we met."

Director Kim Sang-ho said "Thirty-Nine" depicts how people juggle work, love and friendship in the face of a turning point in their life.

"Facing 40, people tend to be ambivalent about their life. It seems too late to start a new lifetime project but too early to bring out an achievement," he said. "I tried to depict these feelings through three friends who face a decisive moment of life."

"Thirty-Nine" will premier on JTBC later in the day and also be available for streaming on Netflix.