At the award ceremony streamed online, the director's 27th feature was awarded the Silver Bear Grand Jury Prize at the 72nd Berlin festival, which kicked off on Feb. 10 in-person.

It is the third year in a row that auteur Hong has won a silver bear prize at the Berlinale, following his best director honor for the drama "The Woman Who Ran" in 2020 and the best screenplay prize for "Introduction" last year.

"I really didn't expect this big prize. I'm very surprised. Thank you all the jury member for your appreciation," the director said in an acceptance speech. "I feel like I should say something more but I don't know what to say. I will just keep on doing what I've been doing."

Starring Lee Hye-young and Kim Min-hee, the 92-minute movie tells a story of a famous novelist who encounters a famous actress and shares some feelings about art and filmmaking.

Director Hong not only wrote and directed the screenplay but also filmed and edited the movie. 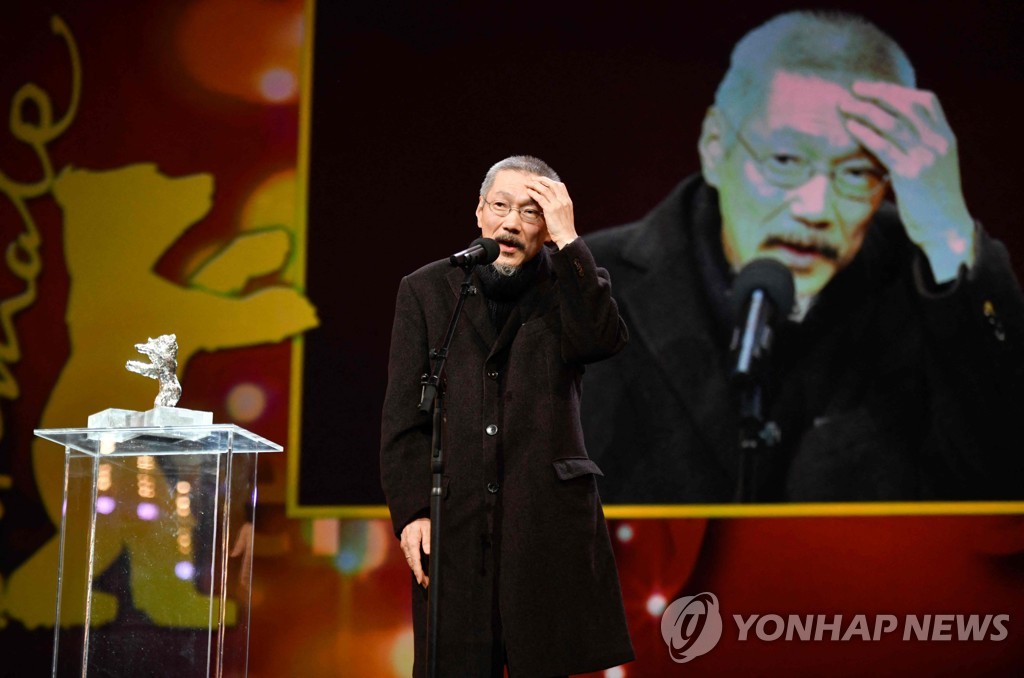 He accepted the prize with lead actress Kim Min-hee, known to be in an extramarital relationship with the director.

"I felt that people love this film so much during the premier, but I didn't say thank you," she said in Korean. "It was touching and I will never forget the moment. Thank you very much."

The jury chaired by M. Night Shyamalan said "The Novelist's Film" opens a "limitless realm of imagination" through its mastery of simplicity.

"By pushing time and space to their extreme limits, time becomes faith and space becomes the universe," it said. "In a shared society, which seems to only expand materially, this film's achievement gives us courage to change our values." 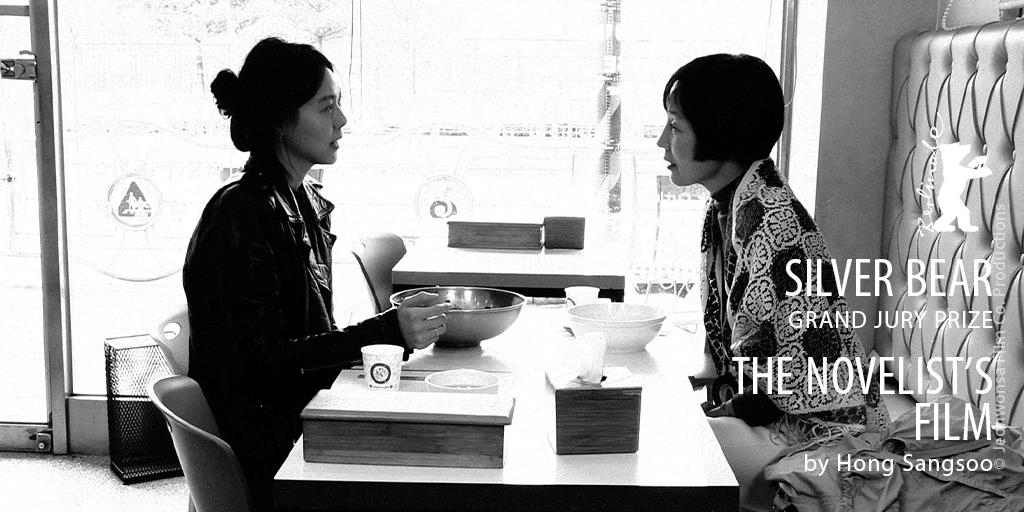