The three-day training at Camp Humphreys, a sprawling U.S. base in Pyeongtaek, 70 kilometers south of Seoul, centered on honing their warrior capabilities in the runup to the Sandhurst Military Skills Competition at the U.S. Military Academy in West Point, New York.

But for the trainees, it also offered a rare foretaste of the unity -- a pivotal element that has glued South Korea and the United States together in their alliance forged during the 1950-53 Korean War.

The 2nd Infantry Division/ROK-US Combined Division, a unique unit emblematic of the alliance, trained the cadets through Thursday under a resonant rallying cry: "Second to None, Fight Tonight." ROK stands for South Korea's official name, Republic of Korea.

"It took some time to get the hang of different rules and stuff here, but U.S. instructors and other officers have been forthcoming and helpful," Jang Su-hae, a freshman at the Korea Military Academy (KMA), said on the last day of the training open to the media. "I think this experience has had a positive effect on us in light of the South Korea-U.S. alliance." 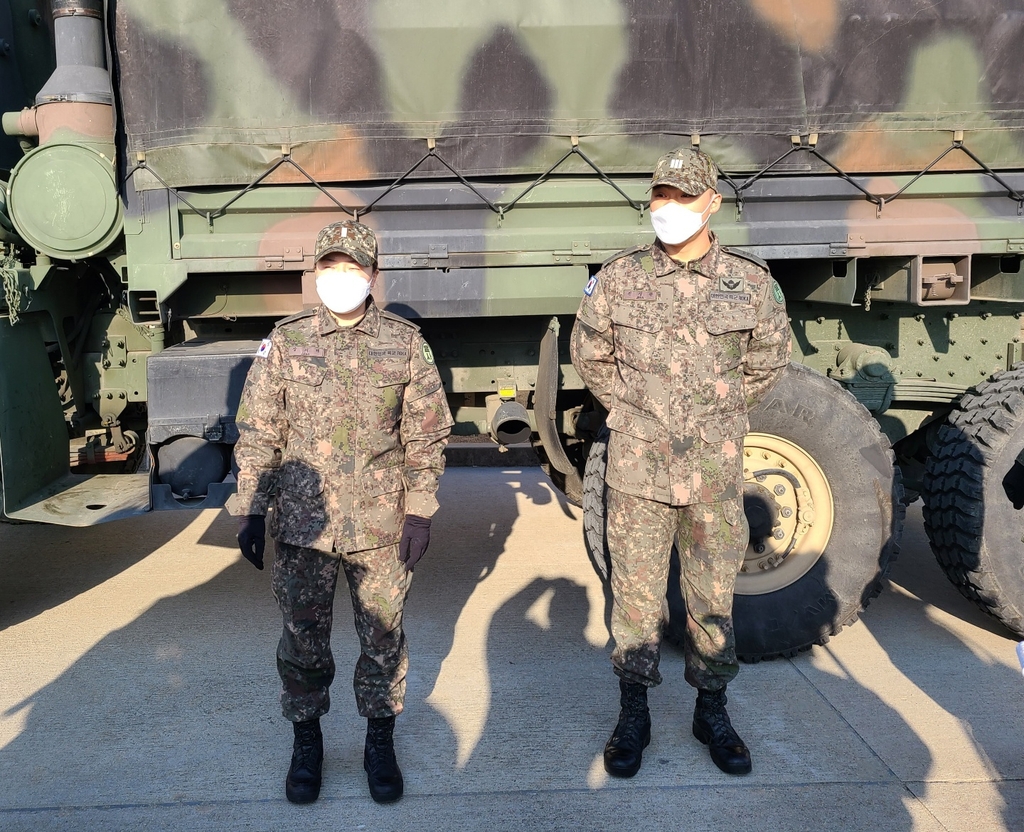 Jang and nine other cadets were selected through last year's stiff intramural competition to get KMA tickets for the Sandhurst competition, an annual event involving military academies from more than a dozen countries, including South Korea, Britain, Brazil and Denmark.

Launched in 1967, the competition took its name from Britain's Royal Military Academy Sandhurst that presented the U.S. academy with a British officer's sword to use as the prize for such a contest, according to the West Point website. It tests military proficiency, leadership and team cohesion to name a few.

South Korean cadets have joined it since 2013 as part of efforts to strengthen military diplomacy and build capabilities to conduct combined operations with their future U.S. colleagues. Due to the COVID-19 pandemic, the KMA did not partake in 2020 and last year.

This week, the cadets went through an array of challenging sessions on water survival capabilities, combat casualty care, radio communication, and the assembling and dissembling of U.S. guns, as well as a "confidence course" testing their mettle through such events as scaling a rope tower.

For Jeon Seong-wan, a KMA junior, the preparations for the Sandhurst competition appeared to be a daunting yet thrilling opportunity to attain his goal of becoming a soldier fulfilling "any missions under any circumstances."

"I learned about the competition before entering the KMA. I have thought that the contest's criteria mesh with my military ideals," he said.

Throughout Thursday's outdoor session, Jeon and his fellow cadets remained focused despite physical challenges in an unfamiliar training setting and not least the mercury having dipped to minus 10 C in this seaside U.S. installation.

"Yes, there were difficulties during the training, but we have to overcome them with our enthusiasm that has driven us to digest all this within the short period of time," Jeon said.

The cadets' instructors belonged to the South Korea-U.S. combined division launched in 2015 in a unique force configuration highlighting the two countries' shared commitment to their security partnership.

The launch of the only such unit in the U.S. military came as Seoul and Washington sought to reinforce their treaty alliance in the face of a nuclear-ambitious North Korea and an assertive China.

Among the most demanding sessions was the "Humvee competition," in which two teams of cadets pushed and pulled the switched-off armored vehicle to test their capability to handle an emergency scenario like the sudden breakdown of a Humvee.

"All the way through the second line and keep it steady," Msg. Dimas Magundayao shouted as the cadets were pushing the Humvee in a makeshift training site near a parking lot brimming with military vehicles. 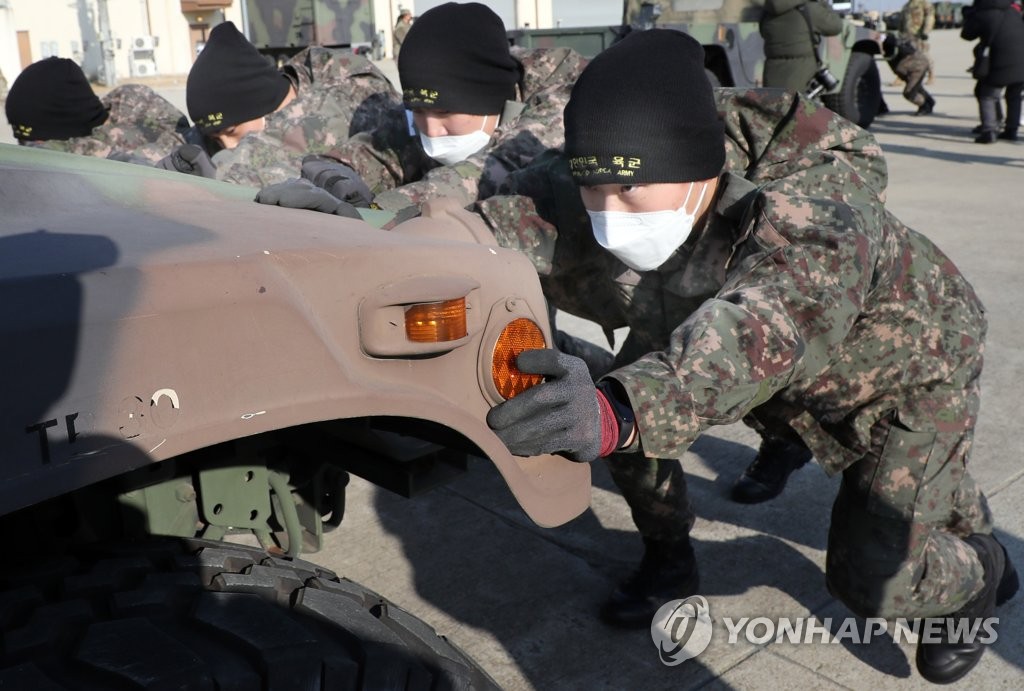 The medical training session simulating the process to treat battle injuries and call in an evacuation chopper did not seem to be too much of a challenge as it involved a relatively common set of procedures.

"When you pack it, hold it for two to three minutes because you want to make sure bleeding stops," Staff Sgt. Braum Mohler told cadets. "Once it stops, then you do the pressure dressing and maintain that." 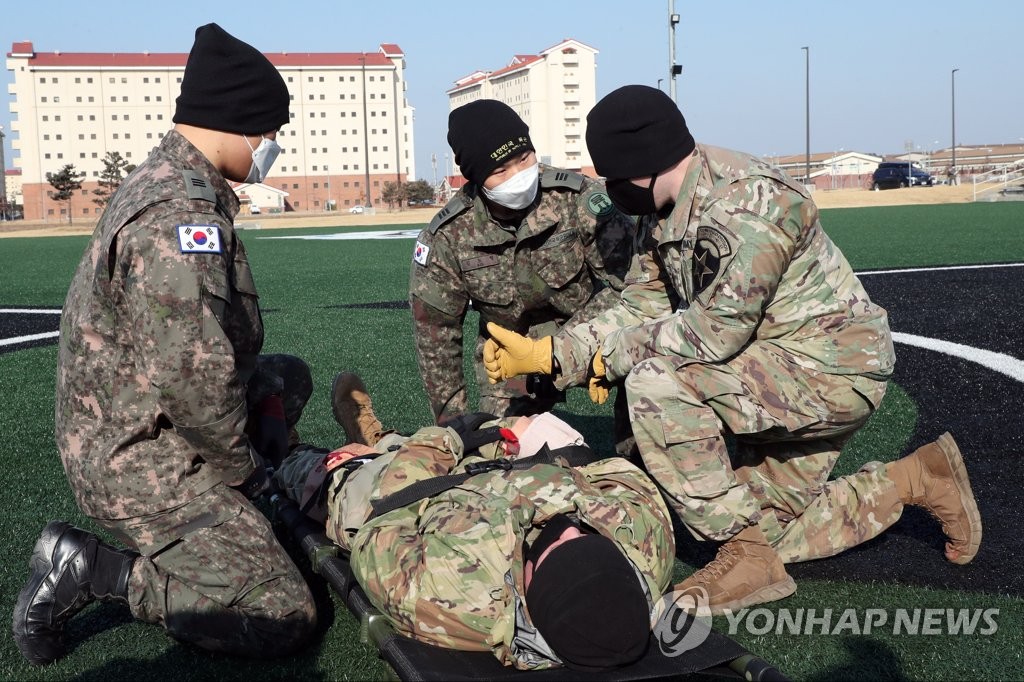 U.S. military officials anticipated that the training at the U.S. base would offer the cadets a sense of how South Korean and American troops work together under the close-knit alliance system.

Under the system, allied forces have jointly mapped out deterrence and war plans, conducted regular exercises based on those plans and engaged in a series of combined security operations.

"The benefit is that they get to see firsthand in terms of how we operate so that when they go out to the field, they know what's expected of them in terms of the relationship between the U.S. and South Korea," Chief Warrant Officer 3 Eric Bermudez said. The last-day training session concluded with the cadets and officials of the combined division chanting the unit's gung-ho slogan, "Fight Tonight." 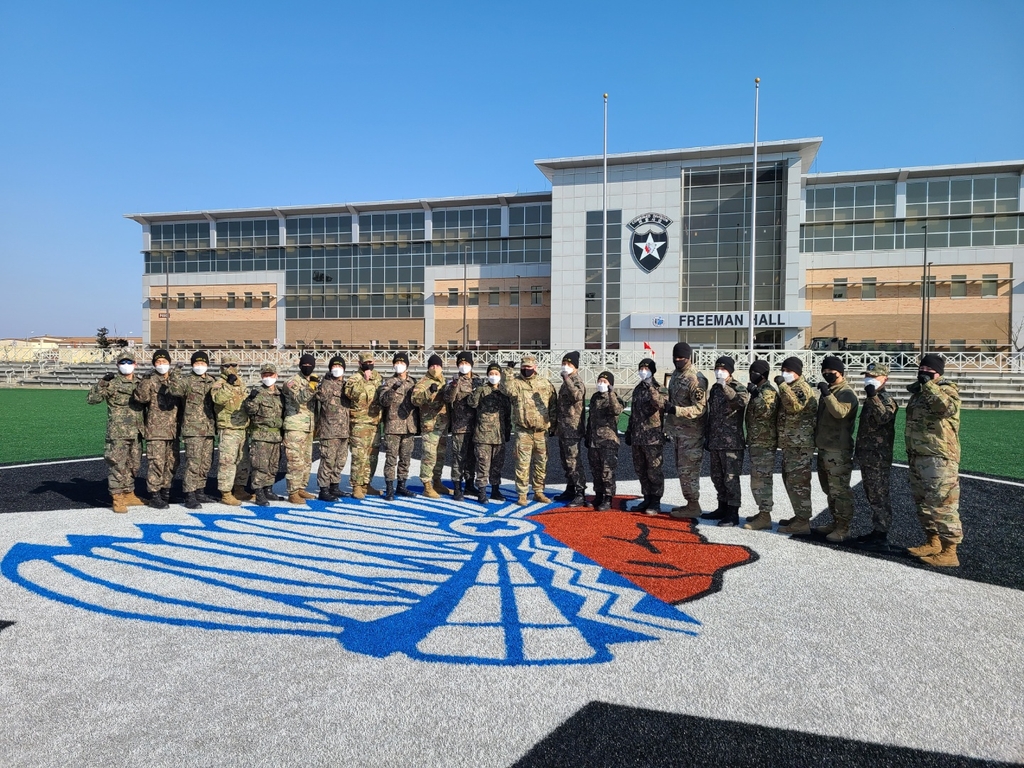