SEOUL, Feb. 18 (Yonhap) -- South Korea's economy is on a recovery path on the back of robust exports, but the fast spread of the omicron variant is feared to hurt the recovery of private spending, the finance ministry said Friday.

External economic uncertainties also heightened as oil prices have surged and volatility in the financial market has increased amid geopolitical risks between Russia and Ukraine, the ministry said in its monthly economic assessment report, called the Green Book.

"South Korea's exports have extended their robust growth and the number of employed people sharply rose. But the spread of the omicron variant could (negatively) affect domestic demand," the report said. 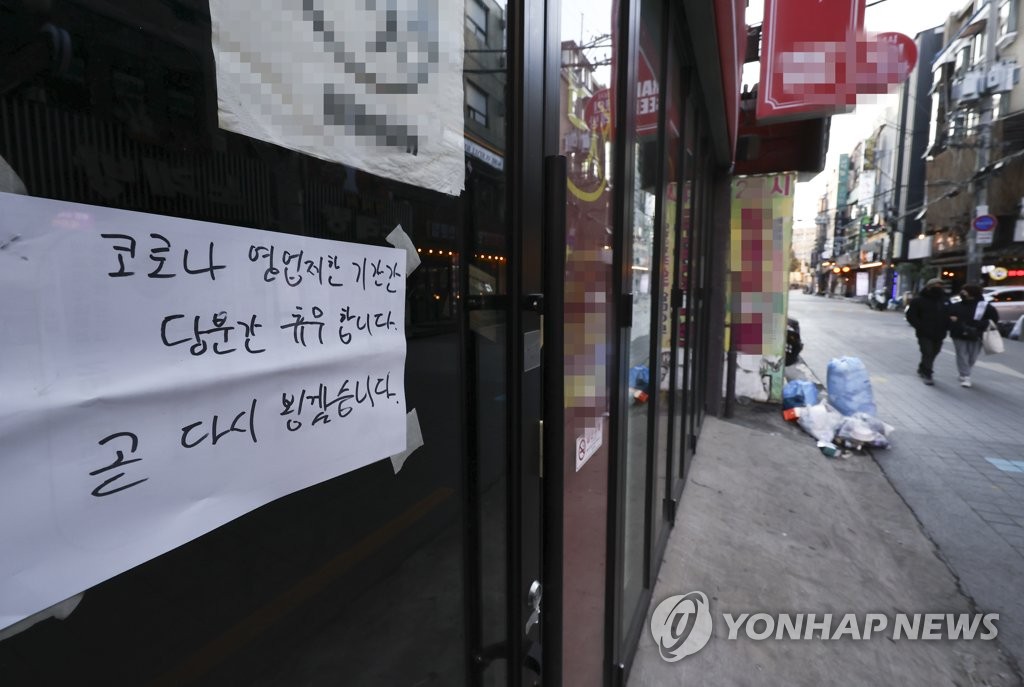 South Korea's daily virus cases surged to 100,000 for the first time Friday amid concerns that the current wave has yet to reach its peak.

The country reported 109,831 new COVID-19 infections Friday, raising the total caseload to 1,755,806, according to health authorities.

Despite the uptick in virus infections, the government decided to partly relax tough virus curbs to support small businesses hit hard by the pandemic.

Earlier in the day, the government decided to extend business hour curfews on restaurants and cafes by one hour to 10 p.m. while maintaining the cap on private gatherings at six. The measures will be effective starting Saturday until March 13.

The ministry said it needs more time to assess the impact of the eased virus curbs on consumption and the service sector.

The government said the impact of spiking COVID-19 cases on domestic demand has tapered down compared with previous waves as people have changed their consumption patterns by relying more on online shopping.

The ministry said sales at department stores and online shopping rose and consumer sentiment improved in January despite the flare-up in virus cases.

Private spending grew 1.7 percent in the fourth quarter of last year from three months earlier, a turnaround from a 0.2 percent on-quarter fall in the third quarter, according to central bank data.