Yoon of the conservative People Power Party gained 4 percentage points from last week, while Lee of the liberal Democratic Party lost 2 percentage points, according to the poll conducted on 1,007 adults from Tuesday to Thursday by Gallup Korea.

The gap between Yoon and Lee was outside the margin of error of plus or minus 3.1 percentage points at a 95 percent confidence level.

Gallup Korea said Yoon's public support had been on a steady rise to 41 percent this week, compared with 26 percent in the first week of January.

In comparison, Lee's public support had hovered between 34 percent and 37 percent so far this year, Gallup Korea said.

By age group, Lee won around half the support of voters in their 40s, while Yoon received similar support among those older than 60, according to the survey. 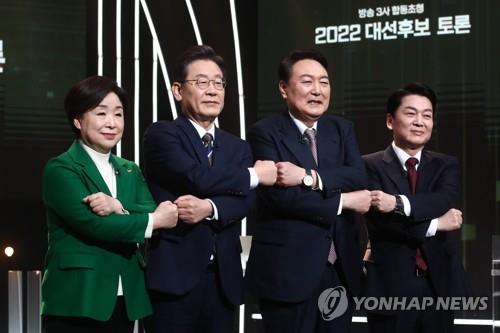