"Life is But a Dream" is part of Apple's "Shot on iPhone" marketing campaign and Park's second iPhone-shot film since "Night Fishing," which won the Golden Bear for Best Short Film at the 61st Berlin International Film Festival.

"In 2011, I made 'Night Fishing' using iPhone 4. I liked it so much and have made several shorts since then," the director said in an online press conference. "This time, I'm given a chance to make a new film shot on a device with advanced technology." 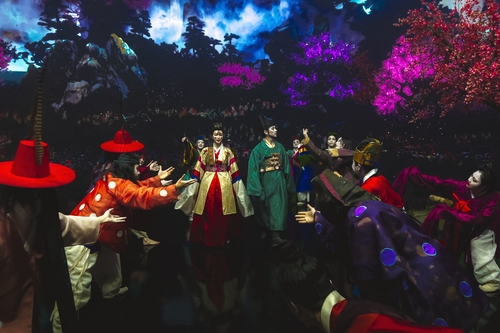 The 21-minute short was shot entirely on iPhone 13 Pro and stars Yoo Hai-jin, Kim Ok-vin and Park Jeong-min. Yoo and Park Jeong-min worked with the director for the first time and Kim for the second time following the Cannes Jury Prize-winning "Thirst" (2009).

"Life is But a Dream" revolves around an undertaker who awakens the ghost of an ancient swordsman while digging an abandoned grave to steal his coffin to carry out a funeral for a female warrior.

The director, known for distinctive cinematography and intense storytelling, said he felt free when thinking about shooting a film with a small smartphone.

He noted that "Life is But a Dream" is like a "feast" as it is an experiment to blend many genres, like horror, martial arts, fantasy, romantic comedy, with the Korean traditional musical of "pansori."

"It's hard to try such inventive experiments in a feature film project," he said. "But when making a short film, you can try anything that you can't do in a long one." 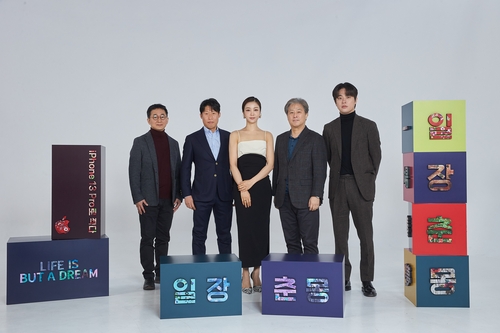 For the short film project, Park wrote the screenplay with his brother Chan-kyong, who also co-wrote the 2011 short film, and teamed up with his longtime crew members, including production designer Ryu Seong-hee, who participated many of Park's projects like "Oldboy" (2003) and "The Handmaiden" (2016).

"Life is But A Dream" is now available on YouTube.