SEOUL, Feb. 19 (Yonhap) -- South Korea reported more than 100,000 new COVID-19 cases for the second day in a row on Saturday amid the rapid spread of the highly transmissible omicron variant.

The new daily infections came to 102,211, including 102,072 local infections, raising the total caseload to 1,858,009 the Korea Disease Control and Prevention Agency (KDCA) said.

The number of critically ill COVID-19 patients came to 408, up 23 from a day earlier.

As of 6 p.m. Saturday, the country had added 91,557 new COVID-19 cases, up 5,948 from the same time the previous day, according to health authorities and city governments. Daily cases are counted until midnight and announced the following morning. 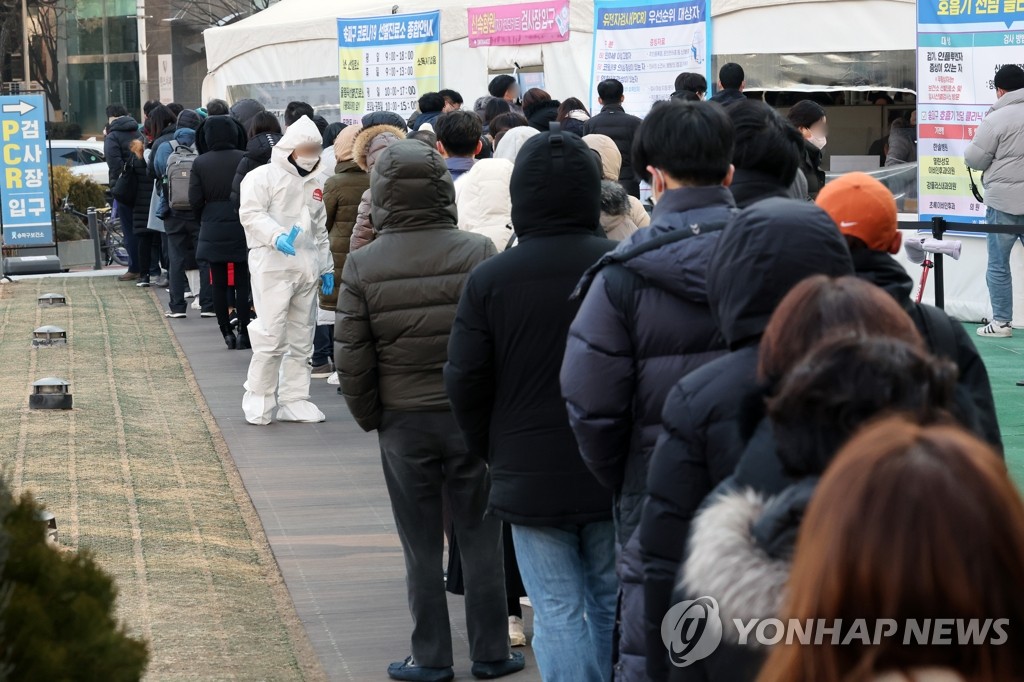 South Korea has seen caseloads spike in recent weeks as the omicron variant raged across the country, with the daily counts nearly doubling in just a week after surpassing 50,000 for the first time on Feb. 10.

The daily infections exceeded 100,000 for the first time on Friday.

Health authorities forecast that the omicron wave will likely start to peak between the end of this month and early March, with the daily caseload expected to reach 130,000-180,000.

Despite the virus surge, the government on Friday decided to ease the business hour curfews for cafes and restaurants by one hour to 10 p.m., for the next three weeks, a move unwelcomed by some experts amid concerns over a further virus uptick.

The decision came amid a strong backlash from small merchants and self-employed people who have complained that prolonged antivirus measures are dragging down sales.

The cap on private gatherings will stay unchanged at six people.

The partially relaxed antivirus curbs will be in place until March 13.

As of Saturday, 30.31 million people, or 59.1 percent of the country's 52 million population, had received booster shots. The number of fully vaccinated people came to 44.29 million, accounting for 86.3 percent, the KDCA said.

Of the locally transmitted cases reported Saturday, Seoul registered 23,135 new cases and the surrounding Gyeonggi Province and the western port city of Incheon added 30,641 and 7,816 cases, respectively. Cases from overseas rose 139 to 28,003.