The move came after the DP members unilaterally passed the original 14 trillion won supplementary budget during a parliamentary budget committee meeting on Saturday amid the boycott from the main opposition People's Power Party (PPP).

The DP said it has decided to revise the bill before putting it to a plenary vote by adding another 3.5 trillion won to support some 1.4 million vulnerable workers, such as freelancers.

The updated amount will also reflect expenses to supply self-test kits to six million people, and send medicines or other necessary supplies to COVID-19 patients quarantined at home.

Observers say the DP may unilaterally pass the revised bill at a plenary session as early as Monday, as the PPP still has been calling for a far bigger spending plan of 40 trillion won, while accusing the ruling party of "snatching away" the bill. 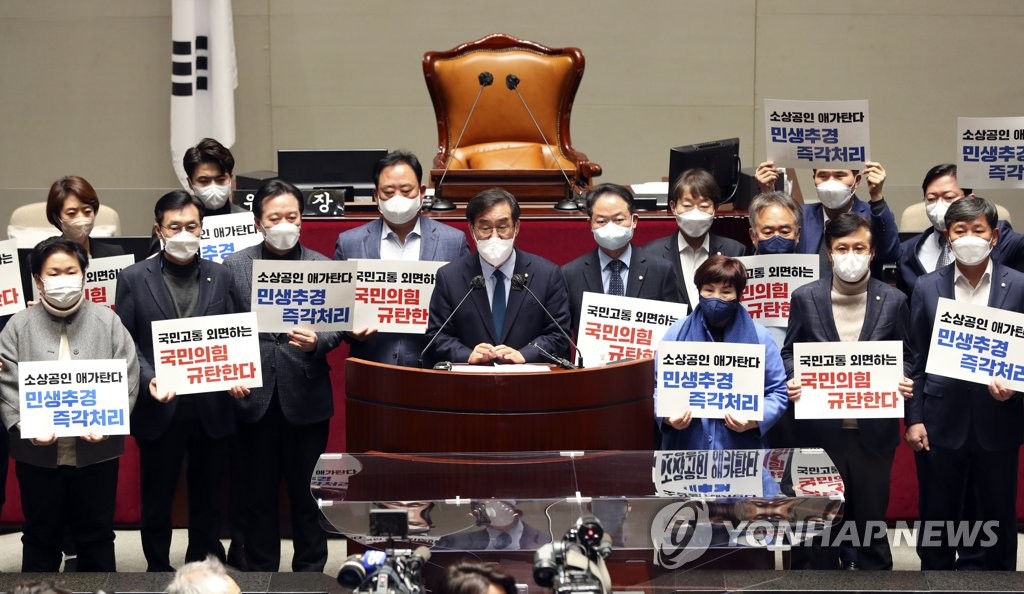