The 1.5 percentage-point gap is within the margin of error of plus or minus 3.1 percentage points. The poll conducted on 1,002 adults last Friday and Saturday has a 95 percent confidence level.

In third place was Ahn Cheol-soo, the presidential candidate of the minor opposition People's Party, at 5.8 percent, followed by Sim Sang-jeung of the minor progressive Justice Party at 2.7 percent.

Huh Kyung-young of the National Revolutionary Party and Kim Dong-yeon of the New Wave earned 1.7 percent and 0.4 percent, respectively. 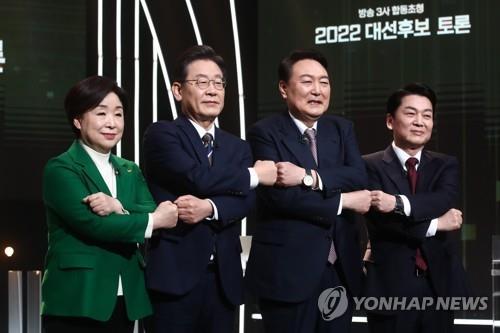