The closing ceremony for the Feb. 4-20 competition was held in the Chinese capital on Sunday.

North Korea did not take part in this year's Winter Games after the International Olympic Committee earlier decided to suspend the North from the Beijing Olympics as punishment for refusing to participate in last year's Tokyo Games over COVID-19 concerns.

Kim said China has "left an indelible trace in the history of the Olympics with their indefatigable efforts" despite "unprecedentedly severe health crisis and the hostile forces' maneuvers," and "demonstrated the stamina of China."

The KCNA did not elaborate, but Kim was apparently referring to the U.S.-led diplomatic boycotts of the Winter Games over China's poor human rights record. 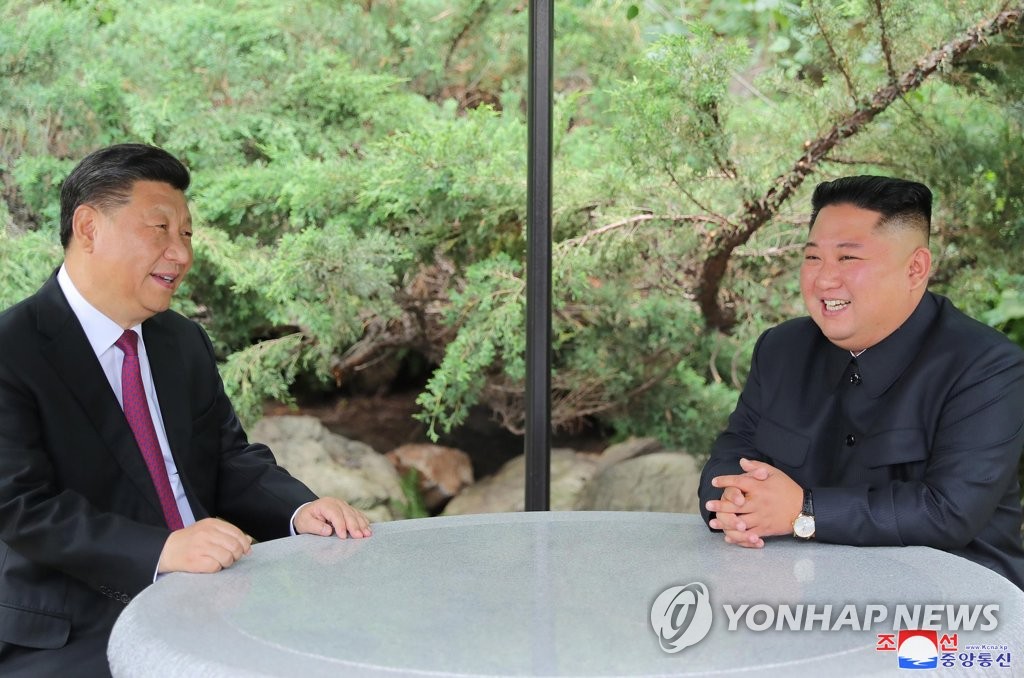 Kim said North Korea and China are "frustrating the undisguised hostile policy and military threat of the U.S. and its satellite forces by strengthening the bilateral strategic cooperation and unity," and vowed to "more firmly consolidate the DPRK-China relationship into the invincible one."

The North Korean leader also sent a message to Xi on the opening day of the Beijing Games earlier this month.

North Korea conducted seven rounds of missile tests in January, but refrained from such shows of force during the Olympics period.

On Monday, Seoul urged Pyongyang to return to dialogue, saying it is "preparing for all possibilities" with a close tab on North Korea's activities.

The South Korean military also said they are monitoring the North's activities, but there has been no "noteworthy change" so far.