(ATTN: UPDATES with statements by foreign, defense ministries, other details in paras 8-13; ADDS byline)
By Lee Haye-ah and Choi Soo-hyang

SEOUL, Feb. 22 (Yonhap) -- President Moon Jae-in said Tuesday that Ukraine's sovereignty must be respected and South Korea will join efforts for a peaceful resolution to the crisis.

Moon made the remarks during a National Security Council meeting convened after Russian President Vladimir Putin ordered the deployment of troops to two breakaway regions in Ukraine after recognizing their independence.

"Ukraine's sovereignty and territorial integrity must be respected," he said. "Countries around the world must come together and work for a swift and peaceful resolution to the situation in Ukraine. South Korea will actively participate in these efforts as a responsible member of the international community." 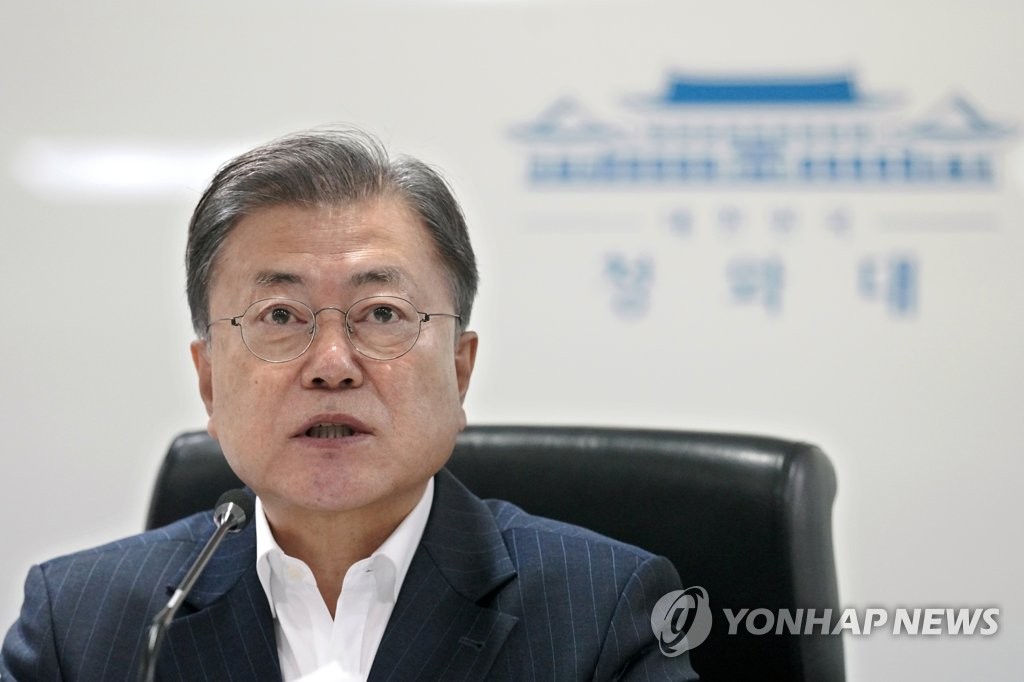 Moon said the crisis has been developing in a "pressing" manner, with the United States and other Western nations condemning Russia's actions as a violation of Ukraine's sovereignty and international law, and threatening immediate sanctions against Moscow.

The president instructed officials to prepare thoroughly to ensure the safety of South Korean nationals and protect the South Korean economy from supply chain disruptions caused by the crisis.

"We must assume a more rapid and detailed response posture," he said. "Our economic relationship with Ukraine is not large, but as the situation persists over a long period of time and the United States and the West impose strong sanctions on Russia, the impact on our economy will also be large."

Moon noted there could be disruptions to energy and raw material supplies, as well as to global financial markets, and ordered officials to "actively" come up with responses for various scenarios to protect the South Korean economy from sudden blows.

In a separate statement, Seoul's foreign ministry "strongly urged" relevant parties to seek a peaceful resolution to the situation "in respect of international laws and the Minsk agreement."

The agreement refers to a 2015 ceasefire deal by Russia and Ukraine following months of conflict in eastern Ukraine.

As of Monday, there had been 63 South Korean nationals remaining in Ukraine, excluding embassy staff and those in Crimea, according to the foreign ministry.

Second Vice Foreign Minister Choi Jong-moon convened an emergency meeting earlier in the day and discussed evacuation plans to use in the event of an emergency.

The defense ministry said it will "actively cooperate" in case any support is needed for the evacuation, such as by mobilizing military transport aircraft.

Moon addressed the crisis during a government meeting last week, saying the government needs to support exporters and South Korean businesses in Ukraine, and act preemptively against supply and demand fears in the energy, raw materials and grain sectors. 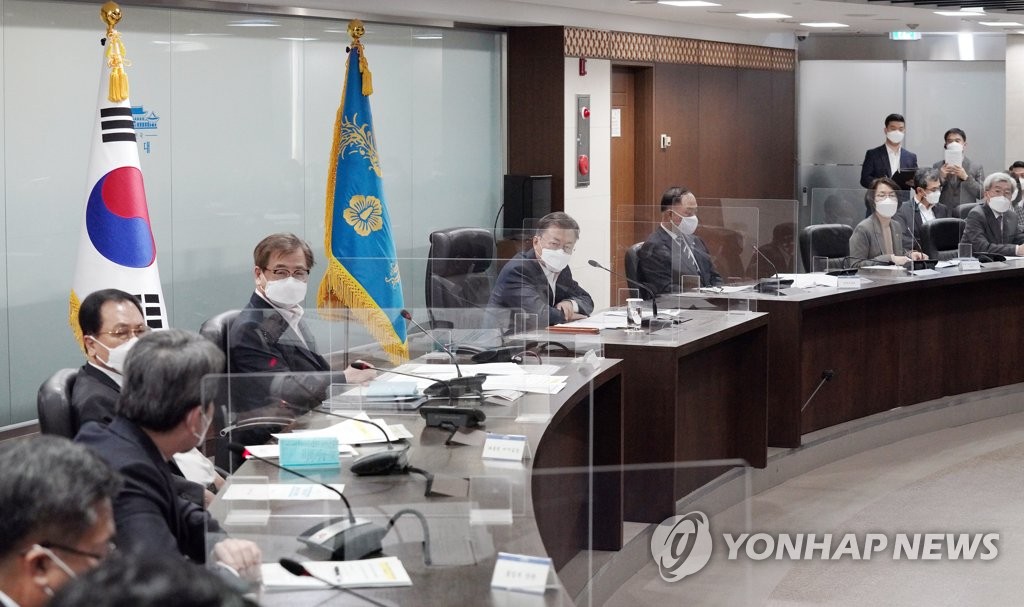