Moon made the remark during a Cabinet meeting at Cheong Wa Dae as daily COVID-19 cases have reached 100,000 in recent days with two weeks to go until the election on March 9. 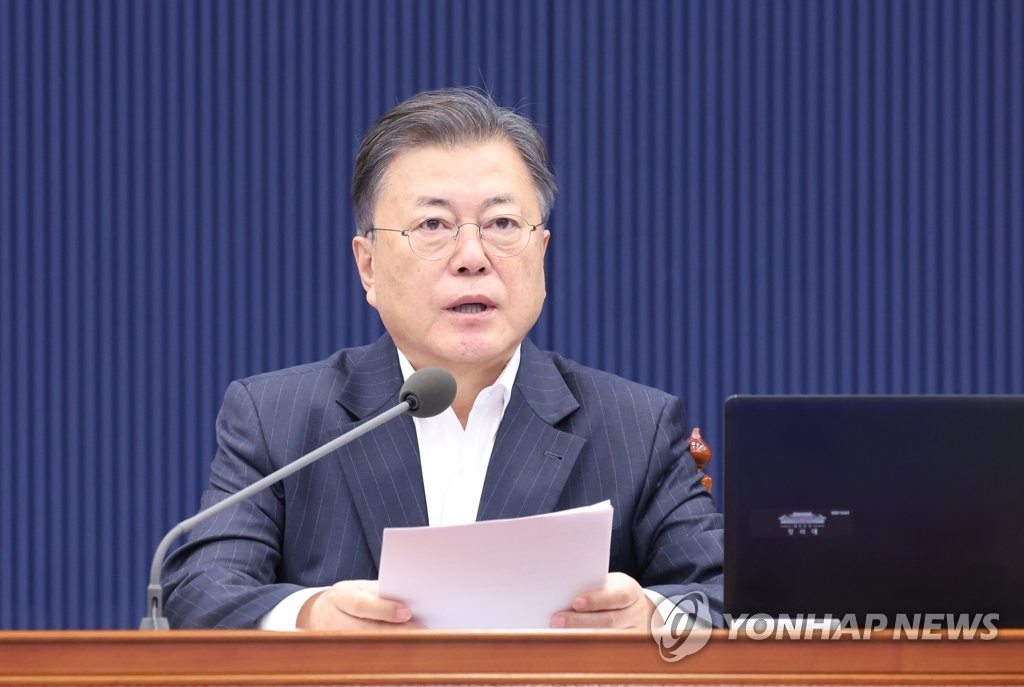 "The election management authorities and health authorities must prepare thoroughly to ensure our people can vote with assurance, and also ensure watertight protection against the virus for workers opening and counting ballots," he said during the meeting held in a partial virtual format.

"In the upcoming presidential election, which is being held amid the spread of the omicron variant, the safe management of the election is especially important, as much as guaranteeing political rights," he said.

During Tuesday's meeting, the Cabinet passed a revised enforcement ordinance allowing COVID-19 patients and those in quarantine to leave their premises to vote on Election Day. The measure is a follow-up to a revised law allowing such people to visit polling stations from 6 p.m. to 7:30 p.m. on Election Day after regular polling closes.

Moon recalled that South Korea has experience safely conducting nationwide elections during a pandemic, referring to the parliamentary elections in April 2020.

"The government will do our best to ensure the upcoming presidential election will elevate the status of our democracy to another level," he said, asking the nation to cooperate with antivirus protocols around the election.

Moon also called for safe election management at overseas polling stations ahead of the start of voting for overseas residents Wednesday.

The president spoke to the National Assembly's approval of a 16.9 trillion-won (US$14.2 billion) extra budget bill the previous day, saying it is now up to the government to execute it swiftly.

"I ask you to execute it as quickly as possible so that small merchants and self-employed people will not have to wait any longer," he said, instructing the government to come up with additional measures to ease the suffering of such people.

Under the bill, some 3.3 million small merchants and self-employed people will be entitled to receive 3 million won each in COVID-19 relief payments.