SEOUL, Feb. 22 (Yonhap) -- Shipment operations at a key terminal of CJ Logistics Co., South Korea's No. 1 parcel delivery firm, were disrupted by unionized workers on Tuesday, as a prolonged dispute between the company and its striking workers entered its 57th day with no breakthrough in sight.

According to the company, some 120 members of the courier union under the militant Korean Confederation of Trade Unions (KCTU) held a demonstration at the company's logistics terminal in Gwangju, some 30 kilometers south of Seoul, at around 7 a.m., blocking nearby roads and delaying departures of some 170 trucks for about two hours in the morning.

According to police, no physical clashes or injuries were reported during the protest.

Unionized CJ Logistics workers have been on strike since late December, claiming that the company has pocketed most of the profits from hikes in recent delivery charges while neglecting its responsibility to prevent unnecessary overwork, part of a deal between the government and the logistics industry reached last year.

Tensions surrounding the strike have escalated after the KCTU union broke into and seized CJ Logistics' headquarters office on Feb. 10 for an indefinite sit-in protest. Police expect demonstrations to continue in the coming weeks, as the courier union has filed requests to hold rallies in front of the Gwangju terminal up until early March.

A joint civic committee on the CJ Logistics labor conflict, comprised of some 90 non-governmental organizations, meanwhile, urged the government and the ruling party to "actively come forward" to mediate talks between the two sides.

"Let us solve the current conflict by opening up a conversation by reviving the spirit of agreement," the committee said in a statement calling for the intervention by the government and ruling party in resolving the prolonged strike. 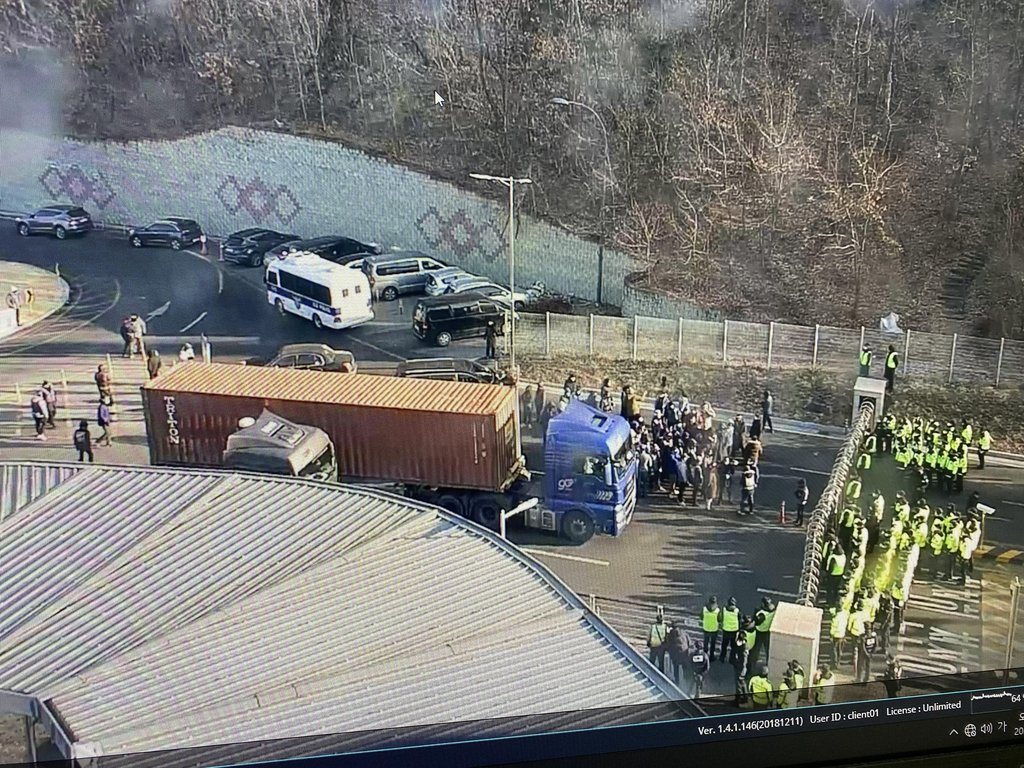