The survey by Hangil Research was conducted on 1,027 adults from last Saturday to Monday.

In third place was Ahn Cheol-soo of the minor opposition People's Party at 6.5 percent, followed by Huh Kyung-young of the National Revolutionary Party at 1.6 percent. 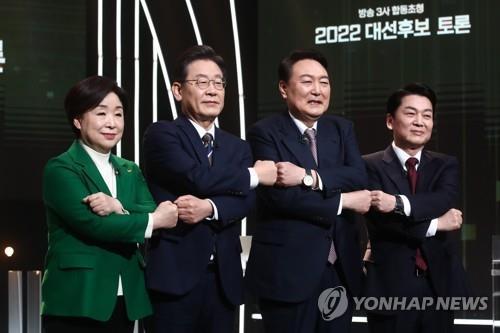