The aggregated revenues of the local film market, which includes domestic sales of movie tickets, and online releases and exports, reached 1.02 trillion won (US$855 million) last year, according to the data by the Korean Film Council (KOFIC).

It is a slight on-year decrease from the previous year's 1.05 trillion won but marks a 60-percent plunge from 2.5 trillion won tallied in the pre-pandemic year of 2019.

The portion of South Korean-made movies hit 30.1 percent in 2021, sinking below the 50 percent level for the first time in 11 years.

KOFIC said many big-budget homegrown movies have delayed their release schedules out of fears of the pandemic, while Hollywood blockbusters, including "Spider-Man: No Way Home" and "Eternals," hit Korean screens to fill the vacancy.

The average Korean person went to theaters 1.17 times in 2021, up slightly from the previous year's 1.15 but down sharply from 4.37 times tallied two years ago. 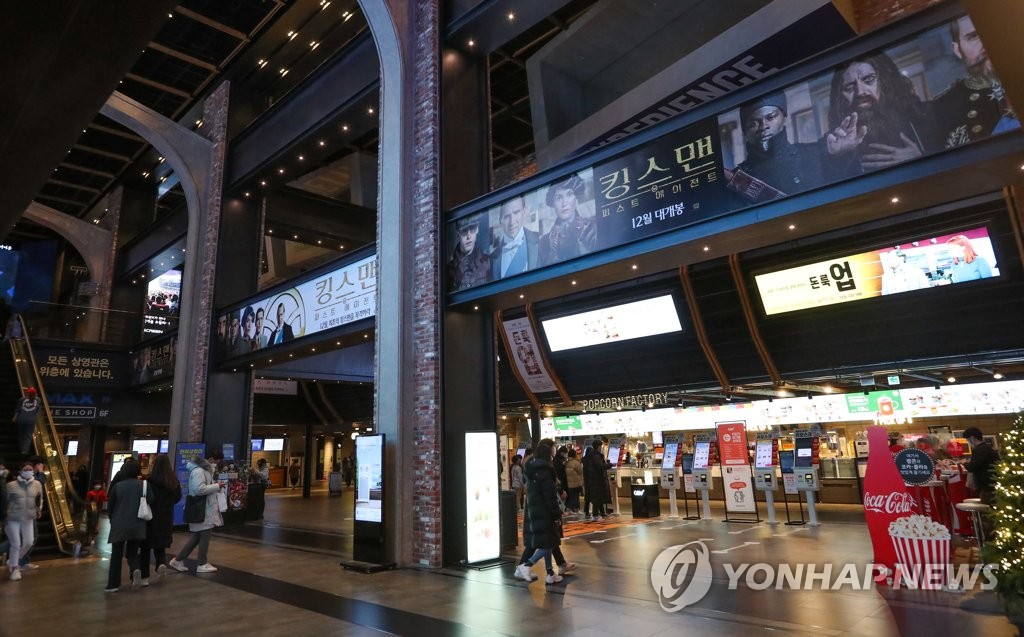