SEOUL, Feb. 23 (Yonhap) -- South Korea said Wednesday the Ukraine crisis has had limited impacts on the domestic economy, but it will remain vigilant against the possibility that a deterioration of the situation could disrupt energy supplies and increase market volatility.

Tensions over Ukraine have been escalating as Russian President Vladimir Putin on Monday ordered the deployment of troops to two breakaway regions of eastern Ukraine. U.S. and European leaders announced sanctions against Russian banks and officials, viewing Moscow's move as "the beginning" of a Russian invasion of Ukraine.

Despite the heightening tensions, there have been no serious impacts on the Korean economy so far, according to First Vice Finance Minister Lee Eog-weon.

"But if the situation gets worse or protracted, the Ukraine crisis is expected to have negative impacts on the Korean economy through various channels, such as disruptions on energy supply chains and an increase in market volatility," Lee said. 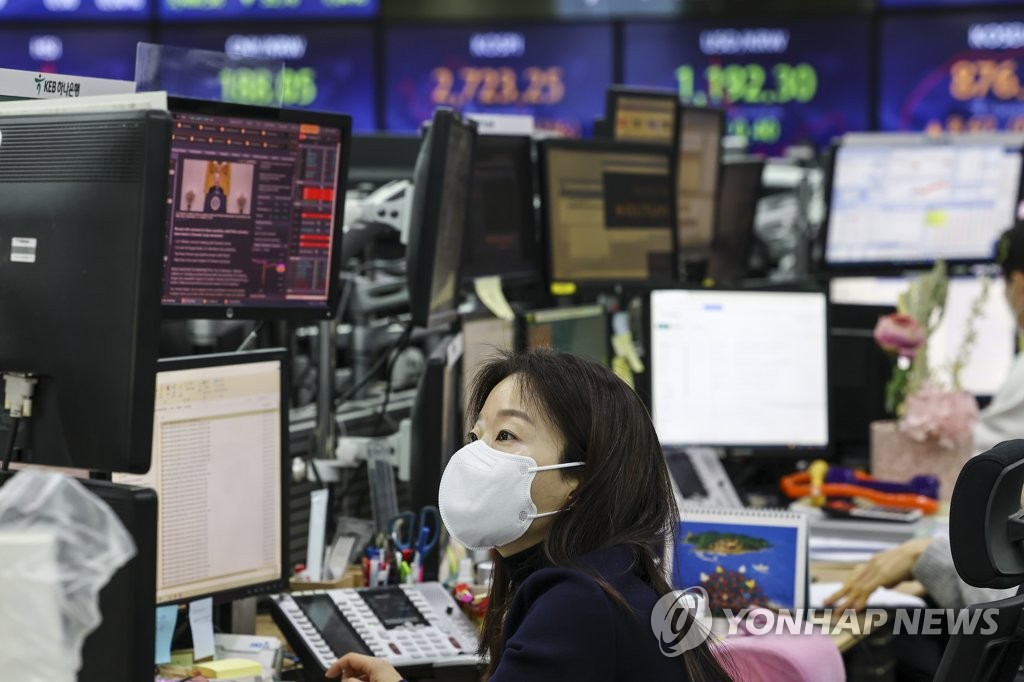 Policymakers and market watchers paid attention to the development surrounding Ukraine as a military clash could further jack up oil prices. South Korea relies on imports for its energy needs.

The government said since it has secured sufficient supplies of energy and raw materials with long-term contracts and held a crude stockpile to be used for 106 days, there would be no problem in ensuring energy supplies in the short term.

South Korea has also increased its reserves for feed wheat and corn that can be used until June or July. South Korea heavily relies on imports of such grains from Ukraine.

The government has kicked off round-the-clock monitoring of the financial markets and plans to check transactions and money flows with Russian banks that have been slapped by sanctions by the U.S. and its allies.

Finance Minister Hong Nam-ki said Tuesday the government will swiftly take measures to stabilize the financial market if needed, based on its contingency plans.