SEOUL, Feb. 23 (Yonhap) -- Ruling party presidential candidate Lee Jae-myung urged the government on Wednesday to ensure the safety of South Korean nationals and businesses in Ukraine amid the escalating security crisis there.

Lee of the liberal Democratic Party also called on relevant countries to do everything for a peaceful resolution to the crisis, which has intensified since Russian President Vladimir Putin ordered troops into two breakaway regions of Ukraine. 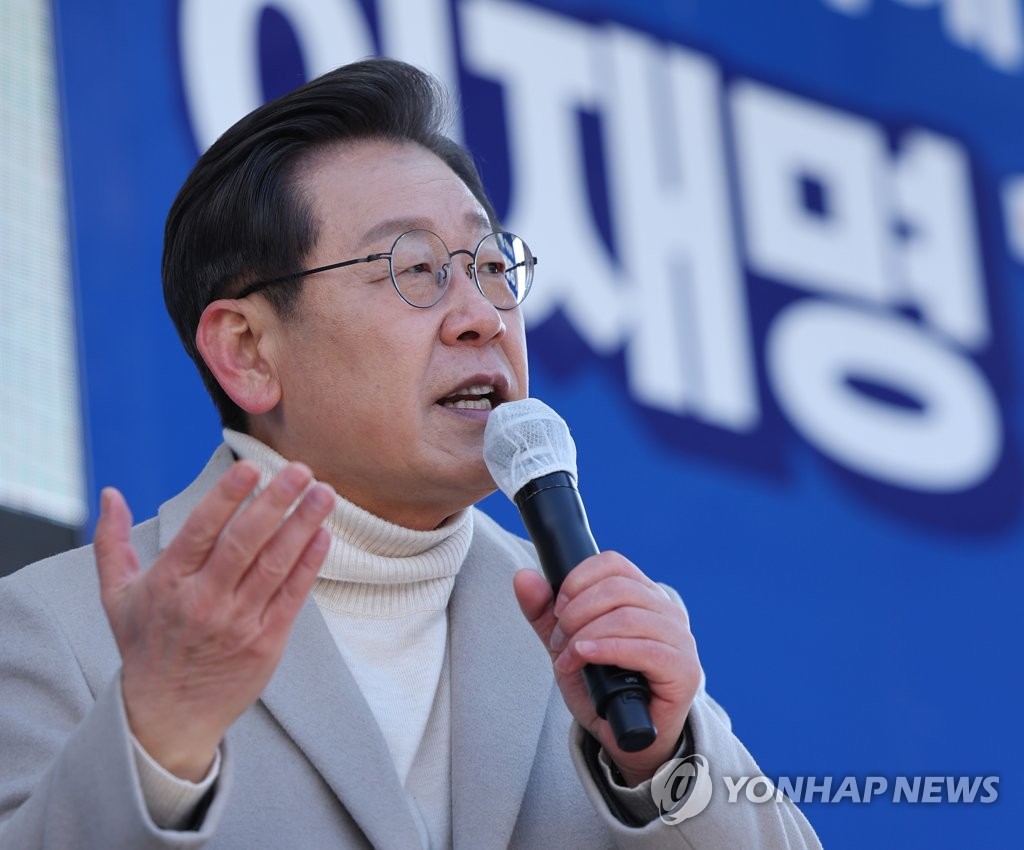 "The situation in Ukraine is alarming," Lee wrote on his Facebook page. "More important than anything is the safety of our nationals. To prepare for the event of an armed conflict, I ask our government to commit to the safety of our people and businesses."

As of Monday, Seoul's foreign ministry counted 63 South Korean nationals in Ukraine, excluding embassy staff and those in Crimea.

The government has been looking at evacuation plans to use in the event of an emergency.

Lee took an apparent swipe at main opposition candidate Yoon Suk-yeol of the conservative People Power Party as he noted the possible repercussions of the Ukraine crisis for the wider world, including the Korean Peninsula.

"Politicizing national security (with issues) like THAAD deployments and preemptive strikes will end up bringing a crisis upon oneself," he wrote, alluding to Yoon's pledge to deploy additional units of the U.S. THAAD antimissile system in the country and his suggestion of a preemptive strike on North Korea.

"We must not forget that exploiting national security as a tool for political warfare and the pursuit of personal interests will bring unfortunate results upon our country and people," Lee wrote.

Yoon commented on the Ukraine crisis Sunday, saying the North could stage missile tests, while the United States is distracted by Ukraine.

"As the U.S. focuses on Europe, among others, North Korea may carry out a strategic provocation like an intercontinental ballistic missile test or a local provocation near the border," he wrote on his Facebook page.

"To prepare for a contingency, we need to build a watertight combined defense posture between South Korea and the U.S., and strengthen the extended deterrence capable of responding to nuclear and missile threats from North Korea."