The state-run Agency for Defense Development oversaw the launch at a testing site in Taean, 150 kilometers southwest of Seoul, following a series of North Korean missile launches last month, including hypersonic and intermediate-range missiles.

Details on the flight test remain unknown, but it was reportedly designed to see if the L-SAM interceptor can fly on an intended trajectory and fall accurately on a preset spot.

The South Korean military has been seeking to deploy the L-SAM by 2026 as part of the country's multilayered, low-tier missile defense program. The L-SAM is designed to shoot down incoming missiles at altitudes of around 50-60 kilometers.

The launch came amid speculation the military could advance the timing for the L-SAM deployment, after the North Korean missile launches in January raised questions over South Korea's interception capabilities.

If deployed, the L-SAM interceptor would form a key part of South Korea's anti-missile program, which includes the Patriot Advanced Capability-3 missile and a medium-range surface-to-air missile. 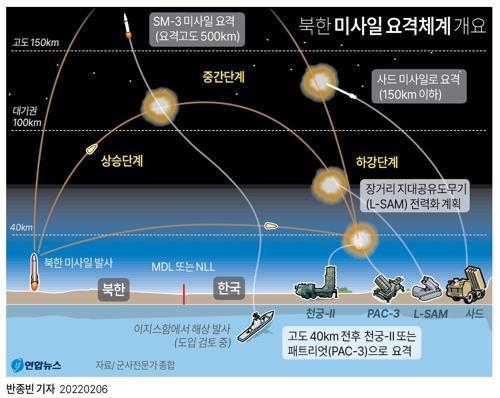