SEOUL, Feb. 23 (Yonhap) -- The U.N. special rapporteur on North Korea's human rights made an emphatic call Wednesday for the world to offer 60 million COVID-19 vaccine doses to the reclusive country to help it break "out of isolation."

Tomas Ojea Quintana made the appeal amid concerns the North's apparent reluctance to engage with the outside world due to the pandemic would worsen its economic woes and human rights conditions, and hamper nuclear diplomacy with the regime.

"I call on the international community to agree on a strategy to provide the DPRK with 60 million doses of vaccination to cover at least two shots of the entire population," he told a press conference in Seoul. DPRK stands for the North's official name, the Democratic People's Republic of Korea. 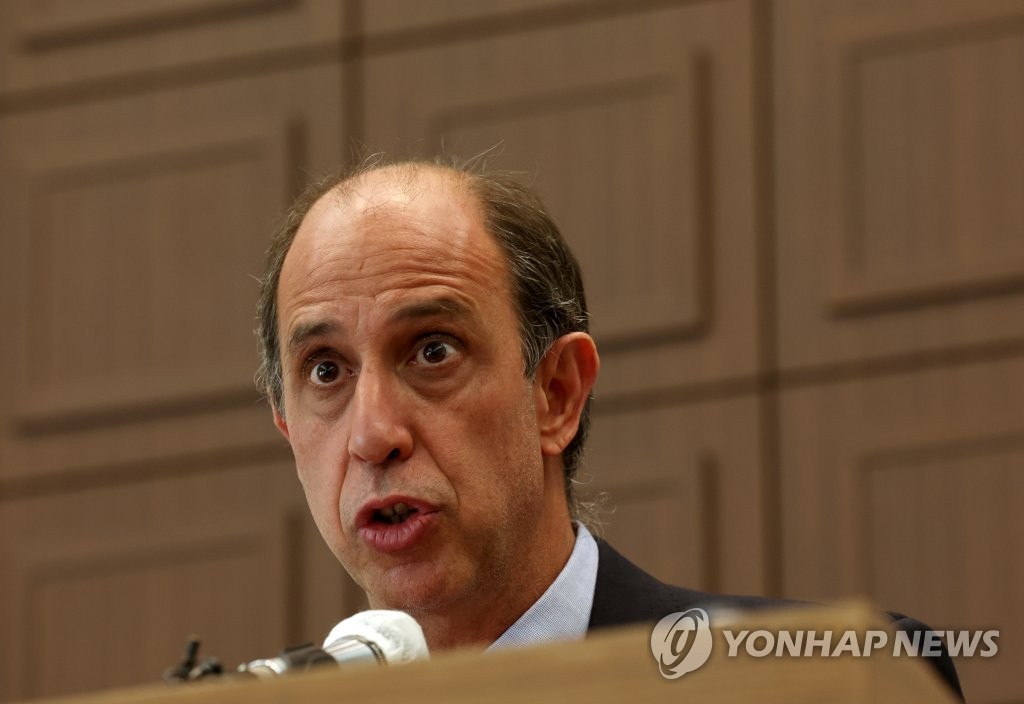 Quintana called the proposed vaccine provision "the key" to opening the North's borders, resuming interaction with the outside world and bringing it out of isolation.

He arrived here on Feb. 15 on a nine-day mission designed to prepare for his annual report to be submitted to the U.N. Human Rights Council next month.

The North, with a population of over 25 million, claims to have no COVID-19 cases. It has yet to begin an inoculation program against the virus but has employed stringent border controls in a sign of its wariness about the pandemic.

Quintana said Pyongyang seems to have rejected the vaccines allocated through the COVAX Facility, a global vaccine distribution platform, as it appears wary it could face "some kind of pressure" from the outside world.

"The information we have, the North Korean authorities are suspicious about receiving just the partial number of vaccines and then being subject to some kind of pressure to then receive the rest of the shots," he said.

"It is the responsibility of the DPRK to respect and protect human rights under the international human rights law, which has been neglected for decades," he said.

Commenting on South Koreans abducted by the North and South Korean prisoners of war from the 1950-53 Korean War, Quintana said North Korea's human rights issues should not be "neglected" during future negotiations with the North.

He also expressed concern about Seoul having decided not to co-sponsor a U.N. resolution condemning the North's human rights record for three years in a row, calling it "a step backwards."

Quintana's latest trip to Seoul marks his seventh since taking office in August 2016 and will likely be his last before his term ends in August.